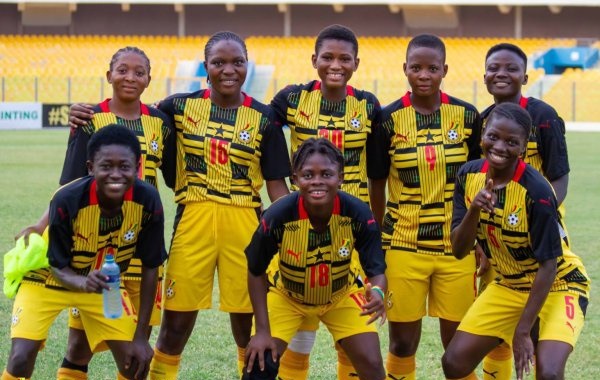 Ghana’s Black Maidens chalked up an emphatic 2-0 advantage over Morocco in their 2022 FIFA U-17 Women's World Cup qualifier last Friday, but that victory has been overshadowed by news that some of their players may be over the age limit.

The situation could have dire repercussions on their World Cup campaign, if the Moroccans push for the team's disqualification over the use of unqualified players in the campaign.

Even if Ghana wins the two-leg tie against Morocco to qualify for the World Cup in India, uncertainty would be hanging over the team's fate in the event that their North African opponents push the continental body to penalise the team over the use of players with disputed ages in the qualifiers.

The Graphic Sports understands that ahead of last Friday's first leg clash at the Accra Stadium, the Moroccans raised issues at the technical meeting over the legibility of some Maidens players, claiming they had documents proving some five Ghanaian players were overaged.

The Graphic Sports gathered that even though the Black Maidens management obliged to withdraw those suspected players from the team, the Moroccans threatened to lodge a complaint with the continental governing body over Ghana’s conduct.

Sources close to the team told the Graphic Sports investigations were being conducted to ascertain how some players could have had different dates of birth on different documents the Moroccans might have laid their hands on to strengthen their suspicion.

The Graphic Sports further gathered that there might have been discrepancies on documents covering the players, some of whom had previously played against Moroccan sides in international friendlies, or even travelled to the North African country for which their biodata had been captured.

One of these unnamed Ghanaian players is said to include one who previously travelled though Morocco for a rugby match and had her biodata captured by the immigration authorities.

In view of the latest development, the management team and the technical handlers of the Maiden are expected to face the Executive Council of the Ghana Football Association in an emergency meeting this week to see the way forward.