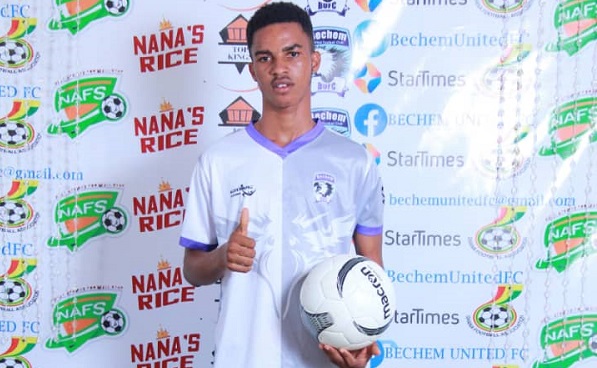 Premier League side Bechem United have constructed an IT centre and a library at the Nana Fosu Gyeabuor Park to build the capacity of their players and the youth of Bechem in the areas of Information Technology (ICT), French and management.

According to the club's president, Kingsley Owusu Achau, the addition of educational facilities and programmes was aimed at improving the lives of the beneficiaries through capacity building to help them better manage their finances as professional footballers, as well has steps towards management at the end of their playing careers.

Already, two of their players, Clinton Duodu and Emmanuel Annor, are being prepared for professional careers at Sporting Lisbon while still pursuing their academic work.
A former player of Bechem, Hope Kodzo Avayevu, is reported to have benefited from the scholarship scheme and is currently pursuing a course in the USA while playing football.

Bechem United boss, Mr Achau, told the Daily Graphic that it had been the policy of the club's management to impact positively on the lives of the players to ensure they engage in meaningful lives after their playing careers and not become paupers or a burden on society.

“Bechem United has not only been competing in the local league but has also introduced our players to ICT, French and management with a view to making them efficient in managing their finances. The programme is not only benefiting our footballers but the youth in Bechem and its environs," he explained.

Mr Achau commended the French Embassy in Ghana and the Diaspora Africa Forum for their tremendous support since the programme started and gave an assurance that the club's management was committed to sustaining the initiative to enable the youth to acquire other life skills in addition to their football careers.