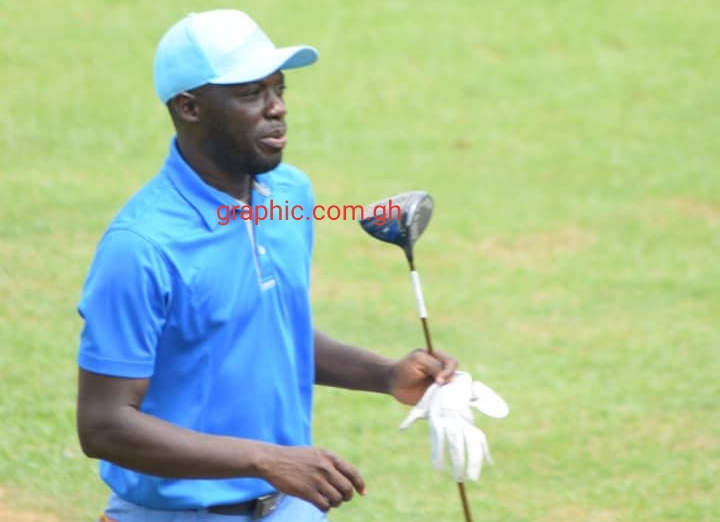 Barnni, a golf tutor at the Damang Golf Club produced an impressive round four-under-par 68 to sit atop the leaderboard with a three-under overall heading into the final day on Saturday.

With a total points tally of 213, he sits two shots clear of his nearest challengers Lucky Ayisah and Vincent Torgah who are tied second on 215 points.

His performance on the day - five birdies and a bogey at hole one - means the leadership of the tournament has changed on three successive days with Ayisah and Francis Torgah enjoying brief stints at the top of the table on day one and day two respectively. Francis Torgah dropped to fourth place with 216 points after a two-over-par 74 round.

However, the pre-tournament favourite Barnni who last won the tournament in 2017 and 2018 insists that he is in prime position to press home his slender advantage and complete his treble on Saturday.

"It's my dream to become the first golfer to win this Championship three times and if I stick to my game plan, I will win. I am very confident that I will win this tournament because my chipping is very effective," Barnni said.

Barnni also swatted aside suggestions that his familiarity with the course was an advantage, saying he would not have played a one-over-par 73 on tbe second day if that was the case.

Meanwhile, another former Gold Fields PGA winner Emos Korblah who is in seventh place has all but given up the hunt after an even-par round of 72.

Korblah who made a disastrous 10-over-par 82 opening day start has a 224 total score but remains hopeful of an unlikely comeback.

"It is not good forr me but where I am now I think the gap is too far but I have not given up because it's not over until it's over. I am still chasing for the trophy and we will see what will happen," Korblah told Graphic Online.

In the senior's contest, veteran Victor Brave-Mensah all but sealed victory after opening a 15 shot lead after playing a one-over-par 73 on day three.

Brave Mensah has a 219 total over three days and is followed by Akwasi Prempeh (234) and Charles Chichi (236) in second and third place respectively.