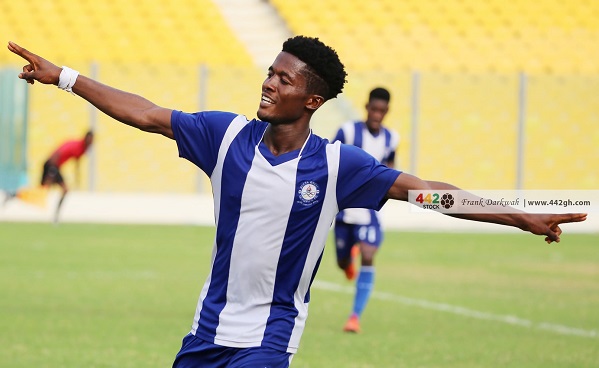 Accra Great Olympics’s Samuel Abbey Ashie Quaye became the hero for his side when his 81st minute tap-in gave the Wonder Club a winning start to the 2022/23 betPawa Ghana Premier League, costing the visitors, Bechem United, the maximum points.

The match, played at the Accra Stadium, saw the two sides making fruitless efforts to break the deadlock in the first half. It was not until the 81st minute when Ashie Quaye, who was introduced in the second half by Coach Yaw Preko, made his presence felt with the goal which saw Bechem United returning to their base empty-handed.

With former Black Stars attacking midfielder, Emmanuel Agyemang Badu, in the thick of affairs, Olympics started the match full of venom but found the visitors unyielding.

Bechem United also made some incursions into the vital area of their opponents forcing the home fans to sit on the edge of their seats.