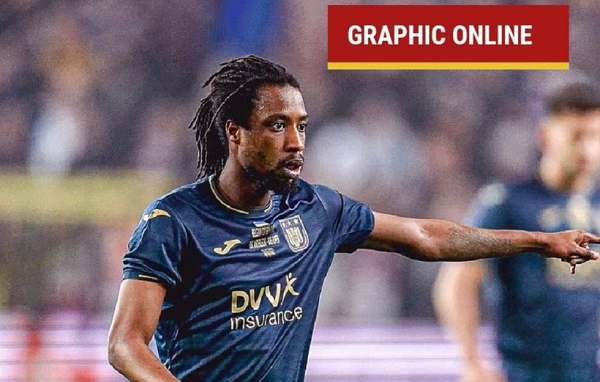 Former Black Stars captain Asamoah Gyan has apologised for using the word "nonsense" in his criticism of coach Otto Addo's decision to leave out Majeed Ashimeru from the latest Black Stars call-up.

Gyan in a now-deleted tweet said Anderlecht man Ashimeru was the best midfielder in Ghana adding, "I have kept quiet on this but this nonsense must stop. Smh".

However, in a follow-up tweet, Ghana's record scorer said he was sorry for using that word.

He posted: "I still insist that Ashimeru deserves to be in this current Black Stars BUT am sorry for using the word “ Nonsense “ in my statement so I unreservedly withdraw that word, I was carried by my emotions. Go Ghana".

Ashimeru, 24, has started 10 of the 31 matches he has played this season, amassing three goals and three assists in the Belgian Pro League.

His form had prompted suggestions that he could be recalled into the team after missing out on the 2021 Africa Cup of Nations.