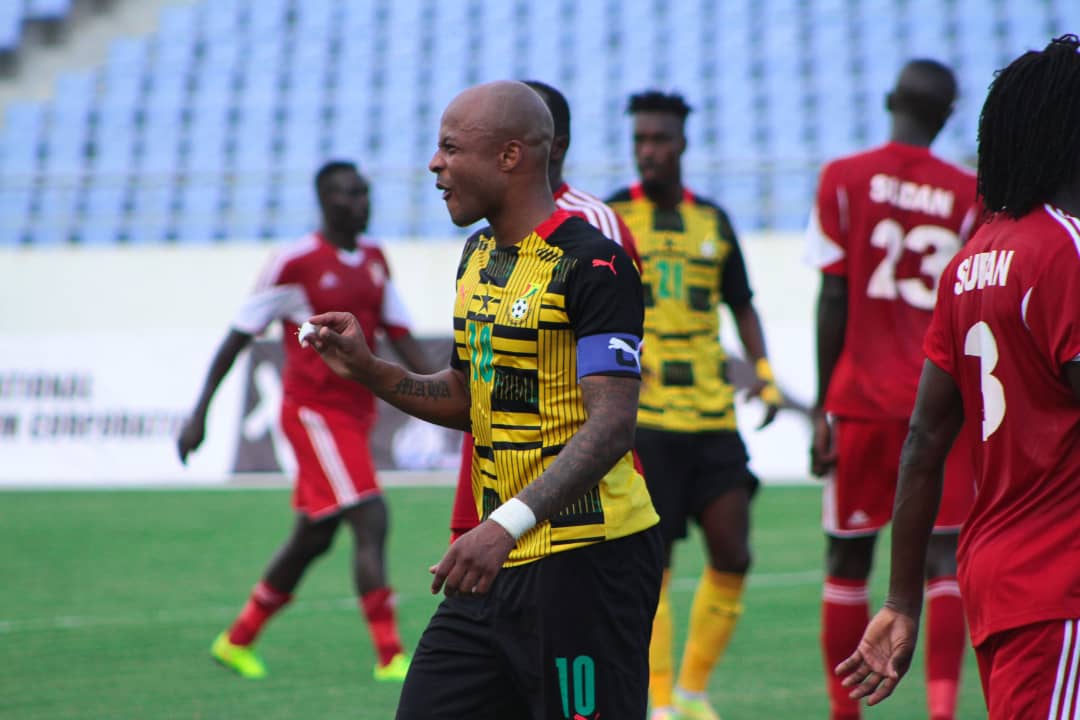 Black Stars captain Andre Ayew has been ruled out of the trip to Sudan for the second leg of the 2021 AFCON qualifier due to injury.

The Swansea City midfielder suffered a muscle strain at the team’s training session on Saturday, ruling him out of the squad for the trip.

Ayew scored a brace last Thursday when Ghana hosted Sudan at the Cape Coast Stadium for the first leg tie.

He is expected to return to Swansea to undergo further tests to assess the extent of the injury.

Meanwhile, Legon Cities goalkeeper Fatau Dauda has been called up to replace Richard Ofori for the trip to Sudan.

The Orlando Pirates goalkeeper picked up his second yellow card in the qualifiers on Thursday against Sudan at the Cape Coast stadium ruling him out of the second leg in Khartoum.

The Black Stars departed Accra on Sunday afternoon for the reverse fixture scheduled for Omdurman, Sudan on Tuesday, November 17, 2020, in Sudan.