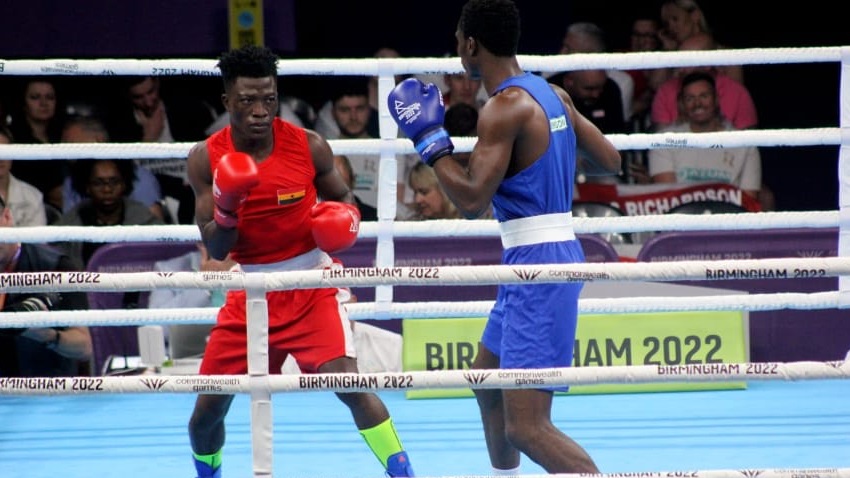 It was another results for Team Ghana at the Commonwealth Games after middleweight Abubakar Quartey lost a 2-3 split decision to Nigeria's Adeyinka Benson at the NEC Hall.

Quartey, who won the first two rounds in a close 3-2 score by the judges, failed to finish the bout off in the final round and allowed the Nigerian steal the win.

The defeat leaves Team Ghana with two victories in five bouts at the games with Alfred Kotey, Abraham Mensah, Jessie Lartey and Yaw Addo yet to mount the ring.

In an interview with the Graphic Online after his defeat, a disappointed Quartey was not happy with the results expecially when he felt he gave everything to win the bout.

The 25-year-old said he was surprised to see judges score the fight in favour of his opponent despite leading the first two rounds.

"I gave everything to win the bout and my coaches told me I was leading," said Quartey. "I am so disappointed in the verdict because I deserved the win.

"But I have to accept the results and move on because it is part of the game. I will sit down with my coach and decide on the future."