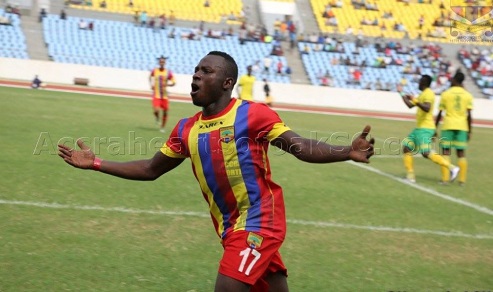 Accra Hearts of Oak winger, Patrick Razak, emerged Man of the Match during Tuesday’s 2-2 draw game against Ashgold at the Accra Sports Stadium.

The diminutive midfielder, played an important role in the game and was one of the dangermen in the midfield and was in the thick of event anytime Hearts was on the offensive.

The 25-year-old winger who return from a stint with Guinean side, Horoya, made it to Coach Edward Odoom’s starting XI and his contribution from the flanks would convince the gaffer for a permanent spot in the team.

Hearts of Oak opened the scoreline in the first half through Kojo Obeng before Ashgold’s Hans Kwofie equlised.

Obeng restored the lead after recess but Hearts just when the Phobians thought they could run away with the maximum points, Kwofie equalize on the stroke of full time.