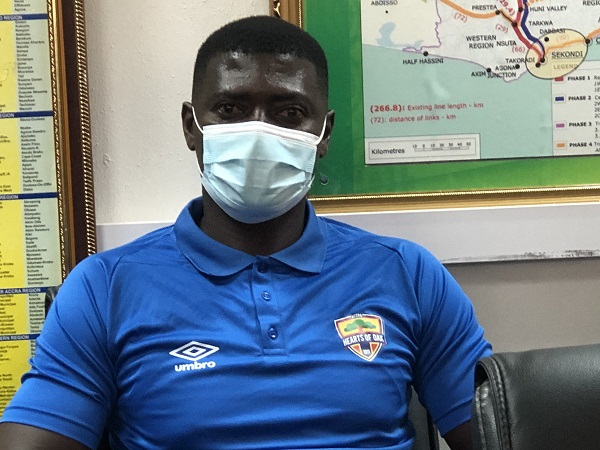 Coach Samuel Boadu officially took charge of Hearts of Oak on Monday as the head coach on a three-and-a-half year contract with a promise to return the country's oldest existing club to their glory days.

The former Medeama SC trainer was officially introduced to the media om Monday by the club's Board Chairman and majority shareholder, Togbe Afede XIV, and would be responsible for the senior team, as well as play a key role in scouting for young talents for the junior side, Auroras.

Boadu, 35, became the third coach to handle the Phobians this season after Edward Odoom who was reassigned to the junior side and Serbian trainer, Kosta Papic, who resigned last month.

At the 'outdooring' of the coach, Togbe Afede XIV emphasised that although the club had not set any target for the new coach, it was their logical expectation that Hearts would win just every trophy at stake and, therefore, the new coach had a responsibility to win laurels for the club.

Choice of Boadu
The Hearts chief further explained that the decision to put the club's destiny in the hands of the 35-year-old coach was because he had been a long-term target of the club, hence he became a natural choice as successor to Papic who quit the job after just two months in charge. 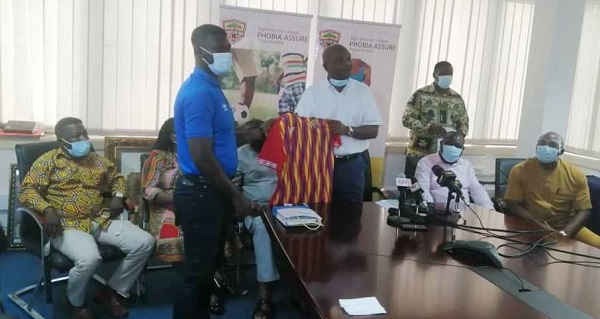 Togbe Afede XIV added that the club's board of directors had a vision to transform Hearts into one of the best clubs in Africa and that ambition could only be achieved by attracting some of the best technical brains to the club.

“That he has decided to join us from Medeama, which is doing quite well in the league currently, is a great testament to his belief in the board and management of Accra Hearts of Oak. And that we went for him, young an brilliant coach, is an expression of our commitment to attract the best talents to the club," he emphasised.

Terms of contract
Togbe Afede XIV confirmed that Hearts had engaged Boadu on a three-and-a-half year contract to head the club's technical team and that they were committed to a long-term relationship to achieve success together. “His ambition is consistent with ours. We think we need someone like him and he has also confirmed his believe in the fact that he needs a club like Accra Hearts of Oak to give him the appropriate platform for the realisation of his objective.”

Coach Boadu admitted he was a long-time admirer of Hearts and it had been his ambition to coach the club, adding that he did not hesitate when the opportunity came to handle the club.

At Monday's ceremony, newly signed midfielder, Salifu Ibrahim, was introduced by the Hearts boss as "best young talents on the local scene" recruited to beef up the midfield of the club.