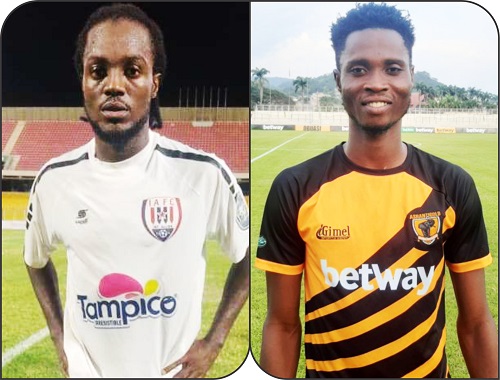 Two players, Isaac Opoku Agyemang of Ashantigold and Richmond Lartey of Inter Allies have been charged for their involvement in acts that violates some statutes of the Ghana Football Association (GFA) regulations.

While both players have been charged for breaching Article 34(5)(a) of the Premier League regulations, Lamptey’s conduct is considered to have also violated Article 26(1) and Article 26(2) of the association’s Code of Ethics.

The two were drag to the FA’s disciplinary committee for their allege involvement in match fixing scandal that rocked the Ghana Premier League week 34 game between Ashantigold and Inter Allies at the Len Clay Stadium in Obuasi on July 17.

A statement issued by the Ghana Football Association said also found head coach of Inter Allies, Felix Aboagye and two other officials of the club complicit and violating various provisions in their discplinary code.

The affected individuals have been given before Friday to submit their statement of defense pending adjudication of the cases.

“They are all expected to submit their Statements of Defence to the charges on or before Friday, September 24 after which the GFA Disciplinary Committee will adjudicate their cases respectively”, the statement concluded.