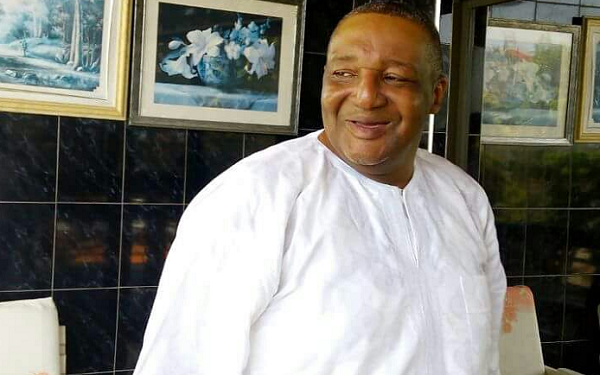 Sports enthusiast and economist, George Haldane Lutterodt, has criticised former Black Stars Coach Otto Addo for his sudden resignation when the team was down and out of the World Cup.

Mr Lutterodt said he was aware that Coach Otto Addo hinted that he would resign immediately after the World Cup but his sudden resignation after the Black Stars’ exit was improper.

"It was as if we forced him to take the job of the Black Stars. He did it in front of the world press and failed to officially communicate it to the FA who will in turn inform the nation.

"This is very unfair to Ghanaians and unpatriotic," he told Daily Graphic in an exclusive interview in Accra in the aftermath of Black Stars' painful 0-2 loss to Uruguay last Friday.

Chastisement
He chastised the coach for lacking resilience and patience in the face of Ghana's sad exit.

“Although we all knew that he had intentions of resigning, this announcement should have been made together with the GFA in Ghana where he will be able to face questions on his brief stewardship of the Black Stars from presumably the Ghanaian sporting press,” he stated.

Ambassador Lutterodt noted that Coach Addo’s actions suggested he was not fully committed to the Black Stars from the beginning and for a national team such as the Black Stars, a hundred per cent commitment was needed.

“Instead of reminding Ghanaians an hour after leading Ghana to a humiliating defeat as coach that his future is with Dortmund and Germany, this one step in Ghana, one step in Germany approach is not the way to handle a national team in my opinion and the results reflected in the players' commitment.

Lack of zeal
Commenting on the match against Uruguay, the former chairman of the Ghana Athletics Association (GAA) said Ghana failed to keep the momentum which ensured victory over South Korea in the Uruguay game.

"We were not eager, we were dull and lacked the zeal to win," he noted.

He also chastised Andre Dede Ayew for lackadaisically converting his missed penalty in the early minutes of the game.

"His posture and position when he was behind the ball were not encouraging. He could have done better," he stated.

Ambassador Lutterodt urged the FA to maintain this current Black Stars squad because of their youthful exuberance and appealed to Ghanaians to continue supporting the Black Stars.