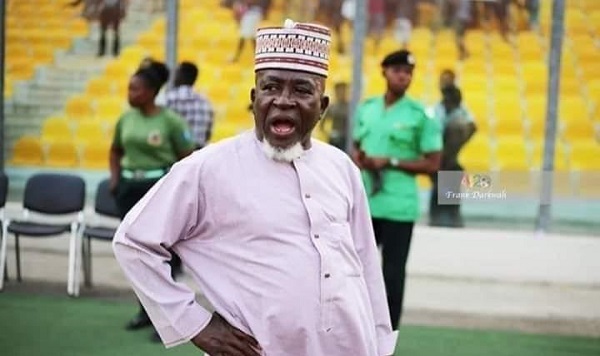 The founder of King Faisal, Alhaji Karim Gruzah, has started beating the war drums warning all clubs to be combat-ready as King Faisal are ready to devour all opponents and win this season’s Premier League title.

“He said that having given Kotoko a sound beating in Kumasi, our attention has now been shifted to other participating clubs in the Ghana Premier League (GPL). This is our time, so we will go all out to ensure that we win trophies, including the league this year,” Alhaji Gruzah told Graphic Sports after his side’s 3-2 upset of Kotoko in Kumasi last week.

Alhaji Gruzah hinted that before the league, Faisal played series off-season friendly matches to put the players in good shape, and with the current youthful exuberance of the players who are hungry for honours, nothing short of winning the premier league was their target.

“We are adequately prepared for the league trophy. We are taking one match after the other. So far, we are on course, and with God on our side and the support we are receiving from friends, we are certain of winning the league,” he declared.

“We need nothing than fair play, fair officiating and violence-free venues to bring out the best in King Faisal as we focus on our target to win the league this season.”

Alhaji Gruzah said his faith in God to help transform King Faisal into a formidable side and the motivation by former players resulted in their 3-2 win over Kotoko in their Kumasi derby.

“We are being offered much support by our former players abroad, as well as those in Ghana such that all the players want to excel to be acknowledged as stars in the premier league,” he explained adding that unlike the past, where winning bonus was a headache for management, winning bonus is now paid promptly.

“At the moment, winning bonus is very attractive so players want to win their matches and receive weekly winning bonus in addition to their monthly salaries, ” he pointed out.