Injured Thomas Partey to spend more time on the sidelines 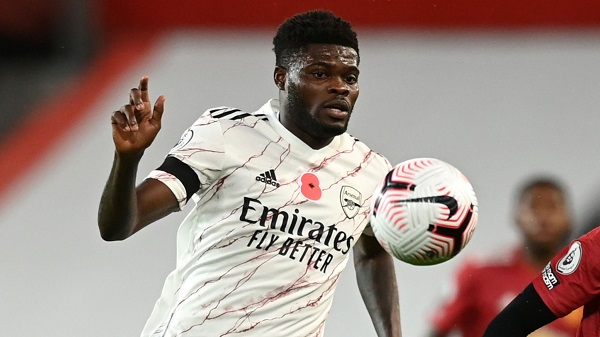 Arsenal Manager Mikel Arteta insists Ghanaian midfielder Thomas Teye Partey will spend additional weeks on the sidelines as he seeks to recover from an injury.

Arsenal's £45 million summer signing has not featured since the 3-0 away defeat to Aston Villa where he was substituted just before the break following a knock.

The Gunners' midfield has been very porous due to the unavailability of the Black Stars deputy skipper and his boss maintains that he needs extra time to get fully fit.

“We knew it was a significant injury. He’s done very well and he's working very hard, he wants to be available," Arteta stated on Monday regarding Partey's injury.

“I don't think he will be with us in the next few games,” he added.

The tireless midfield enforcer could spend an additional two or three weeks on the sidelines and may return before Christmas.