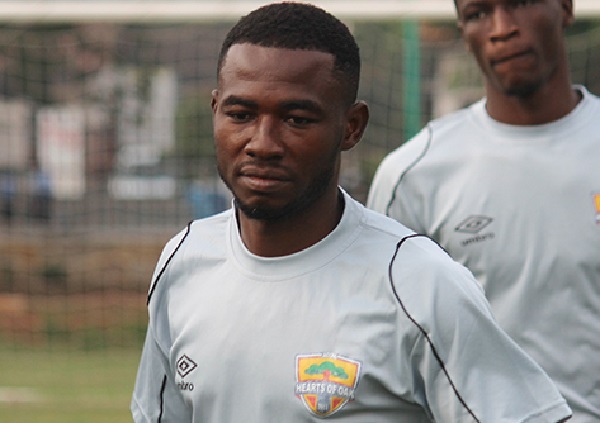 Accra Hearts of Oak ended their four-game winless streak yesterday by defeating a 10-man JS Saoura of Algeria side 2-0 in the CAF Confederation Cup playoff first leg at the Accra Stadium.

The Phobians scored in either half to gain a 2-0 aggregate advantage ahead of the second leg in Algiers on Sunday.

Hearts’ influential midfielder, Salifu Ibrahim, gave the homesters a deserved lead in the 15th minute before substitute Isaac Agyenim Boateng scored in the 70th minute to win the day for Coach Samuel Boadu’s side.

Ibrahim connected home a header from a fine cross by Daniel Afriyie Barnieh, following an individual brilliance by the latter.

Boateng, who replaced injured Ibrahim in the 49th minute, finished off a sweet pass from William Dankyi to give Hearts hope ahead of their trip to Algeria for the second leg.

The Phobians could have scored more goals in the first half but two crucial opportunities were missed by striker Kofi Kordzi in the second and 19th minutes.

The visitors nearly got an equaliser in the 26th minute through Mohamed Elamine Hammia who capitalised on a James Suwornu mistake but goalkeeper Richard Attah intervened to save the situation for Hearts.

The Ghanaians maintained their momentum in search of more goals but the Algerians fought hard to avoid conceding another goal, despite Hearts pressuring for more goals.

After the recess, Hearts mounted more pressure on the visitors and nearly got the second goal through Barnieh but the playmaker’s 54th minute header from close range went inches away from goal.

Three minutes later, Kordzi forced a fantastic save from goalkeeper Saidi with a free-kick. The Algerians then resorted to time-wasting in an attempt to avoid conceding more goals.

However, Hearts’ persistence nearly paid off in the 68th minute when Barnieh played Isaac Mensah through but the midfielder wasted the chance.

Disaster struck the visitors after 73 minutes and they were reduced to 10 men when goalkeeper Saidi fouled Barnieh outside the box, but they maintained the two-goal deficit till the end.