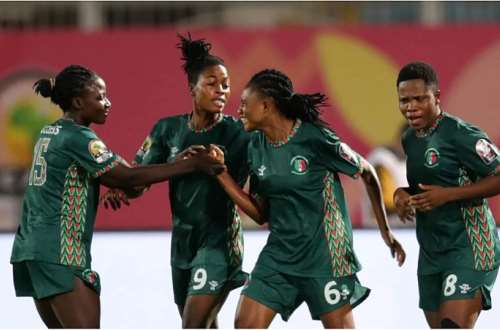 Ghana's Sekondi Hasaacas finished tops in their group campaign at the ongoing Confederation of African Football (CAF) Women's Champions League despite being held to a 2-2 draw by Egypt's Wadi Degla in the final Group A match in Cairo yesterday.

Having already qualified for the semi-finals following two previous wins, Hasaacas Ladies needed just a draw, while the Egyptians required at least three goals to remain in the tournament.

The North Africans did their best to score two goals which were not enough as the Ghanaians also scored two goals to pull through to the last four stage with seven points.

It was, however, the end of the road for the hosts, as Malabo Kings finished second after drawing 1-1 draw with Mali's AS Mande in the other group game.

Hasaacas Ladies will now await the Group B runners-up in Tuesday’s semi-final battle, while Malabo Kings face the winners of Group B in the semi-final match.

Aware of their slim chance, Wadi Degla began the match on a high tempo note  hoping to get the better of the Hasaacas side that had seen two chances in their defensive line up and were rewarded with an early goal through an effort from Jasmin Theresa, exposing the weakness created in the Ghanaians' defence with Coach Yusif Basigi, resting the regulars, Blessing Agbomadzi (minor injury) and Azumah Bugre (on yellow card) for Comfort Owusu and Doreen Copson.

Faustina Nyame Aidoo however, equalised for Hasaacas, but then Wadi Degla took the lead again when Noha Mamdouh scored her second goal in the tournament from a free kick completely beating Grace Banwa who was off her line to end the first half 2-1.

The WAFU Zone B champions resumed the second half with some urgency and were rewarded with a goal from a Veronica Appiah strike to end Degla’s hopes to qualify for the semi-final.

Malabo Kings, who played a role in Degla's exit, made sure of their qualification when they came from behind to draw 1-1 with Mali and WAFU Zone A's representatives, AS Mande in the other Group A match.

Bassira Toure gave Mande an early lead in the early stages of the frst half.

In the second half, Malabo Kings also earned a goal,  Muriel Lynda equalising for the Central Africa zone, as they needed the point to reach the semis on head-to-head rule against the Egyptians who they were tied on at four points.

Today, it will be a showndown in a battle for the top spot as the two leaders, Mamelodi Sundowns, already qualified, with their six points,  clash with ASFA of Rabat who are on four points, while Nigeria's River Angels without a point, also play Vihiga Queens of Kenya who have three points.

For River Angels, they play this game for pride, but it is an important game for the Kenyans as a draw or a win could see them through, depending on the outcome of of the game between Sundowns and ASFAR.