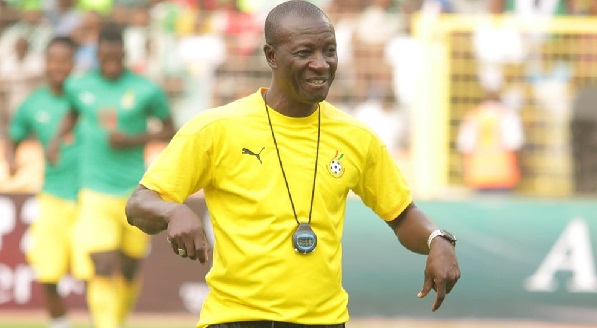 Reginald Asante Boateng, the head coach of Women’s Premier League side, Faith Ladies, says Mas-Ud Didi Dramani should be appointed as coach of the Black Stars due to his experience with the various national teams and on the local scene.

He said Coach Dramani is more experienced and more knowledgeable in the game than the former Black Stars coach, Otto Addo.

“I think Didi Dramani is the best person for the Black Stars job. He has been on the local scene for such a long time and knows the players; he has also coached the national teams before and knows how to deal with both local and foreign-based players,” the former Liberty Professionals gaffer told Graphic Sports in a telephone interview in Accra last Thursday.

He, however, wondered whether Didi Dramani could have the courage and audacity to bench and rein-in certain hot-headed Black Stars players and also be his own man and ignore influences from his appointees and other authorities.

“Look at how the Portuguese coach benched Cristiano Ronaldo against all odds. Even when the fans wanted Ronaldo he was still sitting on the bench,.

“Also, you could appreciate how Cameroonian goalie, Onana, was sacked from camp for indiscipline despite his pedigree,” Boateng, popularly known as Coach Reggae among soccer fans, stressed.

He called on Coach Dramani to readily accept the job and prove to the world that a Ghanaian coach can achieve better than a foreign coach and also prove his mettle.

“My brother, have we ever won a major tournament with a white coach before? We won all our tournaments with a local coach, so let’s get a local coach for the Black Stars,”  the former Liberty Professionals striker said.