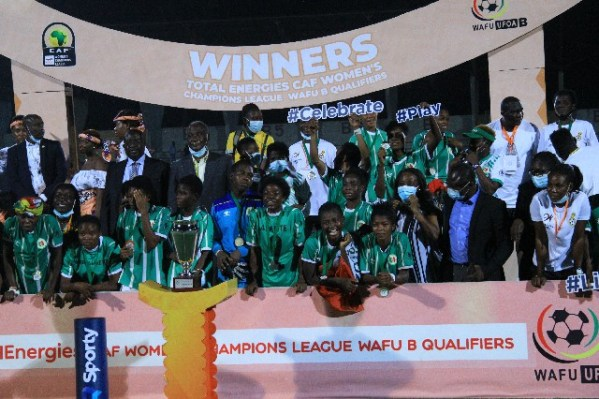 League representatives, Sekondi Hasaacas Ladies will know the group they will compete in and the teams they would play against when the draw for the competition is conducted on Wednesday, September 29, 2021.

The draw will map the road of the eight clubs participating in the inaugural tournament scheduled from November 5 to 19, 2021.

The eight teams represent the respective zones that make up the Confederation of African Football (CAF).

Though there are five zones, there are eight teams, with the West Africa Zone B, being allotted two slots for being the sub region with the African Women’s Cup of Nations champions – Nigeria as well as the sub regional champions.

Per the format of the draw, the teams will be divided into two groups of four teams each.

As is usually the case, the teams will engage in a round-robin competition at the group stages and at the end, the top two from each group will advance to the semi-finals and the eventual winners progressing to the final

*As the zone holder of the previous Women’s AFCON 2018, and in accordance to the competition Regulations as home of current champions of Women’s AFCON, WAFU B will have they have two representatives:

Mamelodi Sundowns (South Africa): The club are the three-time winners of the South African Women's Championship. They won their regional qualification recently in Durban, South Africa.

Vihiga Queens FC (Kenya): The Kenyan side has enjoyed dominance in their domestic competition winning Kenya Women's Premier League (FKF WPL) in 2017, 2018 and 2019.

*They will have two representatives with Egypt being the second club as hosts.