WAFU “B” U-20 tourney:Satellites face Niger in semi-final 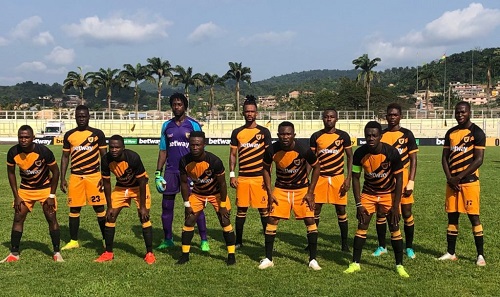 Ghana's Black Satellites will encounter Niger tomorrow for a place in the final of the ongoing WAFU “B” U-20 Championships being held in Benin, while Cote d’Ivoire will engage Burkina Faso in the other semi-final match later in the day.

On Saturday December 12,, the Satellites lost 0-1 to Cote d’Ivoire at the Stade Charles De Gaulle in Porto Novo in the final Group B match to finish second in Group A behind the Ivorians, while Niger won Group B after holding Togo to a  1-1 draw at the Rene Pleven Stadium in Cotonou.

After defeating Nigeria 1-0 last week, Ghana looked determined to overpower Cote d’Ivoire to finish top of the group, But Coach Abdul-Karim Zito's side were stunned by a 30th minute Kossi Nguessan strike which  zoomed into the net before Ghana's goalkeeper Ibrahim Danlad could react to it.

The win meant the Baby Elephants topped the group with four points, while the Satellites finished second with three points.