WAFA coach to restrategise for league 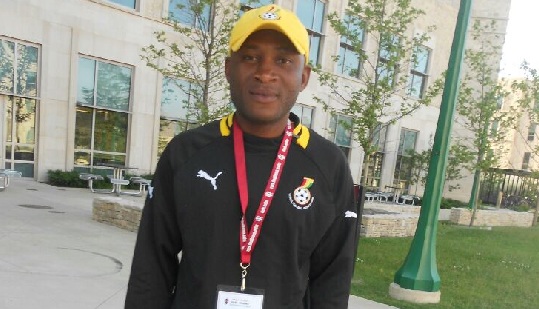 The head coach of West Africa Football Academy (WAFA), Dr Prosper Narteh Ogum, has promised to deliver a better performance with a new strategy when the Ghana Premier League returns from its suspension due to the COVID-19 pandemic.

Dr Ogum said he had thoroughly analysed his team’s performance during the break, and that  the information gathered would enable him to restrategise and strengthen the loose ends of his side.

He explained to the Graphic Sports that per the analysis done, he was confident the future of WAFA looked good, and that the team would be battle ready when the competition returned.

“We have not won enough matches at home this season and the trend is about to change for the better, and the analysis would propel the team to succeed.

“Although we played all the beautiful football, we lack the finishing power because of the inexperience of our strikers who were promoted from our academy side just before the season started.  We are giving them ample time and they will pick up,” Dr Ogum said confidently.

The WAFA coach maintained that the plans and strategies had been tailored based on his observation about their performance and the strength of his players.

“I know the boys, and as a coach, we all need to be disciplined, focused and determined in what we do in order to improve.”

He said based on the assessment of the technical team they would augment their squad with a few new players to help their progression.

At the time the league was suspended on March 15, the Sogakope-based side were seventh on the league log, having won five matches and drawn seven of their 15th matches.

Dr Ogum, who is six months into his two-year contract, said he was satisfied with his performance so far but maintained that there was a lot of work to be done to get his players to perform at their full potential.