Stars need a miracle against Bafana 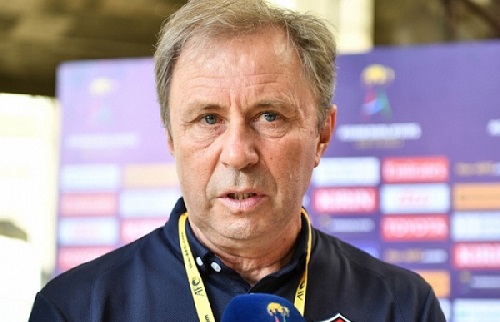 The Black Stars of Ghana need a miracle of the Bible days to defeat the Bafana Bafana of South Africa in their 2022 FIFA World Cup qualifier Group G decider at the Cape Coast Stadium on Sunday night.

Coach Milovan Rajevac’s men needed victory against Ethiopia in their penultimate qualifier in Johannesburg yesterday but gave away their slim lead to draw 1-1, jeopardising their qualifying chances in the process.

As things stand now, Ghana find themselves in a must-win situation against the South Africans at home to secure the Group G slot towards the playoffs. Not only that, the Stars must also win massively to avoid any technicality.

This seems a Herculean task for the Serbian trainer whose charges looked unconvincing in their game against Ethiopia and therefore need to devise a different strategy to fulfil the World Cup dream.

The Black Stars looked awful in midfield in yesterday’s game perhaps due to the absence of injured Thomas Partey. That explains why Coach Rajevac might wish for the speedy recovery of the Arsenal midfielder to help the national cause in Sunday’s crucial assignment.

The Stars cannot afford to win by a narrow margin on Sunday, let alone drop a point to keep their Mundial hopes alive. This is because of the head-to-head rule, aside the fact that the South Africans top the group with superior goal difference.

This is another opportunity for Coach Rajevac to chase Ghana’s fifth victory over the Bafana Bafana who have won five times against the Black Stars and drawn six in their last 15 games.

The last time the Black Stars beat South Africa in the World Cup qualifiers was in June 2005 when they won 2-0 at the FNB Stadium in Johannesburg to book their maiden World Cup qualification, courtesy Stephen Appiah and Michael Essien goals.

Seventeen years down the line, the Stars will be looking for another important victory that would grant them a safe passage to the final stage of the Qatar 2022 World Cup qualifiers.

Not only would Ghana be looking for a second World Cup qualifying victory over South Africa, but they would also approach Sunday’s game with revenge on their minds, having lost 0-1 in the first leg last September under the previous coach, Charles Kwablan Akonnor.

Unfortunately, a COVID-19 ban imposed by the English Premier League organisers denied some English-based players, including Jordan Ayew, Thomas Partey, Andy Yiadom and Daniel Amartey, from playing in that fixture which contributed in weakening the Stars. However, the presence of all these stars could make a big difference this time around.

With a $300,000 bait thrown at Coach Rajevac to qualify the Black Stars to the World Cup, the Serbian tactician is expected to do everything possible to give the Stars a convincing win and qualification for the playoffs.