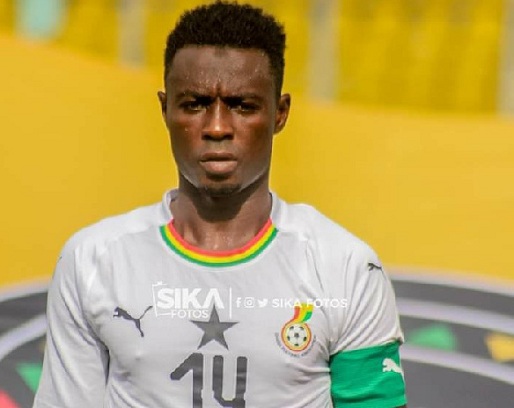 AshantiGold striker Shafiu Mumuni has revealed that though some local and foreign clubs have expressed interest in his services, he is yet to decide on his next possible move.

Following the expiration of his contract at Ashantigold, the Black Stars striker has been linked to various clubs across the globe, with Ghanaian giants Asante Kotoko also chasing for his signature back home.

In an interview with the GNA Sports, the 24-year-old goal poacher said he was confident of securing a move away from the Ghana Premier League (GPL) but said he would consider playing in the local league again only if an enticing offer came up.

"I have finished serving Ashgold and my manager is working out a deal for me, having received numerous requests from some foreign clubs, especially.

"I am praying the pandemic will ease a bit so that things will go on smoothly. I'm willing to play anywhere when the offer is right,” he said.

"Kotoko coach, Maxwell Konadu, has expressed interest in my services and my manager will decide on the best way forward," Mumuni told GNA Sports.

When asked whether he would like to extend his stay at AshantiGold, Mumuni said, "Ashgold is one of the biggest clubs in Ghana and they made me who I am today, and it is unfortunate that my contract ended.

"They are willing to extend my stay at the club but my manager is handling everything with regard to the way forward," he revealed.

Mumuni had a successful outing at the 2019 WAFU Cup of Nations after winning the Golden Boot award and hitting the first-ever hat-trick at the tournament.

He was subsequently handed his maiden call-up to the Black Stars in the last two Africa Cup of Nations (AFCON) qualifiers against South Africa and Sao Tome and Principe last November.