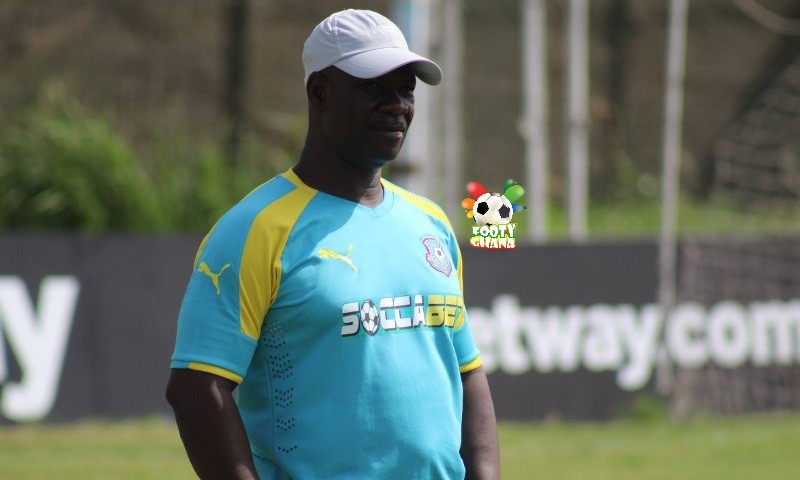 THE management of Premier League side AshantiGold (Ashgold) have confirmed the elevation of the club's assistant coach, Isaac Kofi Sarfo, as interim head coach of the senior team with Thomas Duah as his assistant.

Also known as Sarfo Castro, the new head coach replaces Milovan Cirkovic who quit his job due to ill-health after three and a half months in charge of the Obuasi-based club.

The chief executive of Ashgold, Mr Emmanuel Frimpong, told the Daily Graphic yesterday that his management had so much faith in the new coach, describing him as an "outstanding local coach" whom was expected to turn the club's fortunes around.

The ‘Soccer Miners' lads parted with their Serbian coach on mutual terms last month due to health issues, after which the club's management turned to assistant coaches Sarfo and Duah to take charge of their league matches with against WAFA and Aduana Stars.

However, Sarfo had a baptism of fire in his first match in charge fully as Ashgold's were thumped 4-1 by Dreams FC at Dawu on February 25 and slipped to the 11th position on the league log. On Friday he leads the club to Accra to play against the Premier League's bottom club Inter Allies.

The Ashgold CEO explained that the club had to let Cirkovic leave after being struck with malaria and subsequently hospitalised.

“Even before we played against Asante Kotoko [January 31], the Serbian coach was not on the touchline because he was suffering from malaria. After the Kotoko match, the illness became quite serious, so he was admitted to the hospital between two and three weeks to fight the malaria, so after he was discharged he wanted to go home.

“We sat down to discuss his job at which he indicated that his wife and children were urging him to return home because his health was very important,” Mr Frimpong said.

He indicated that although Ashgold wanted Cirkovic to stay on because he was a good coach, the Serbian insisted he wanted to return home and, therefore, necessitated an immediate search for his replacement.

Sarfo's appointment was a departure from the club's initial preference for expatriate coaches, having begun the season with an Italian Roberto Landi who quit the job unceremoniously last October and was replaced by Cirkovic the following month.

For the Ashgold CEO, Sarfo put his best foot forward for the vacant position due to his impressive performance with the club's Academy side.

“His performance was outstanding so we felt he could handle the team when offered the opportunity, that is why we brought him on board, and so far, he has been doing his best,” admitted Mr Frimpong, who indicated that the club's management would evaluate the coach's performance at the end of the season and decide on his future.“Nobody knows what will happen, but let’s see what happens.”

However, he did not rule out the possibility of another expatriate coach taking over the club in future.

The Ashgold gaffer is a much travelled coach, having previously worked with clubs like Heart of Lions, Okwawu United, Wa All Stars and as an assistant coach at Asante Kotoko where he deputised for head coach Maxwell Konadu in the 2011/12 season.