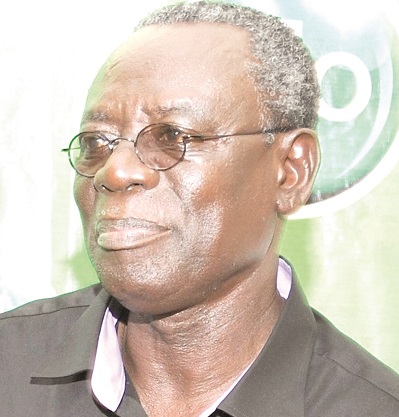 Two games to end the 2012/13 Premier League, the Chairman of the Premier League Board (PLB), Mr Welbeck Abra-Appiah, is thrilled by the fascinating chase for the title by the three top clubs.

Last Wednesday, Asante Kotoko took a giant step towards a successful title defence after sinking Heart of Lions with a vital 2-1 away defeat, dislodging fellow contenders Berekum Chelsea from the top with superior goals.

Chelsea lost grip of their determined lead following a gruelling 1-1 stalemate with city rivals Arsenal at Dormaa-Ahenkro, but still hope to pull a last minute surprise like they did two seasons ago as they are neck-and-neck with Kotoko on 50 points.

Another hot contender, Medeama SC, who surrendered their long lead a few weeks ago maintained their chase for the title with a 1-0  home win over Wa All Stars yesterday to narrow the gap between them and the two top clubs to just one point.

In an interview with the Daily Graphic, Mr Abra-Appiah could not hide his joy for the competitive nature of this season’s league.

“The whole competition is exciting and competitive. Life at the top is very keen with no clear winner yet; the middle of the table is boiling with clubs fighting hard to enter the top four just as the bottom where some clubs are battling to avoid relegation,” he noted.

“I’m excited about the way things are going because that makes the league more competitive and interesting,” the PLB boss said.

At this stage of the competition, the PLB would normally be preparing for the post-league coronation of the eventual champions. But not so this time, especially where the organisers are in a dilemma as to where the league title is heading to. Whether Kumasi, Berekum or Tarkwa.

According to Mr Abra-Appiah, no post-league coronation has been firmed up yet, and that the PLB might decorate the champions on the final day in case a clear cut winner emerges before the 30th week matches.

Having jumped into the lead at this crucial period, the odds seem to favour Kotoko who host Ashantigold next on June 9 before storming the harbour city to lay claim to the title against Amidaus Professionals.

Chelsea, on another hand have crucial dates with Aduana Stars and relegation-threatened Heart of Lions, while Medeama’s hopes look quite forlorn with duels against Dwarfs away and New Edubiase at Tarkwa.

Life at the bottom can be narrowed down to Lions and Tema Youth who are tied on 30 points but need to determine between them as to who joins RTU and Arsenal to Division One.

Lions’ next destination will be Tamale against condemned RTU, while Tema Youth host King Faisal in Tema before facing in-form Hearts of Oak in Accra.