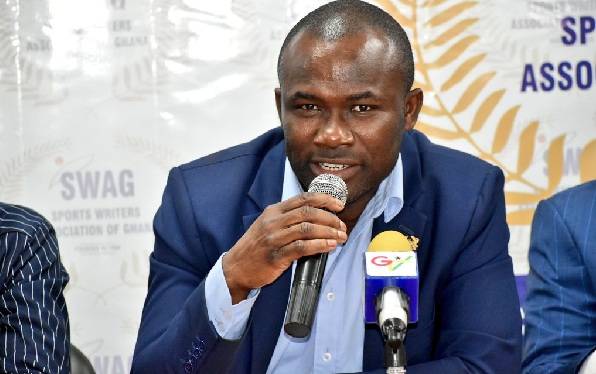 The National Sports Authority (NSA) has sent a goodwill message to the Black Satellites as they face Uganda in the final of the African U-20 Cup of Nations at the Olympic Stadium in Nouakchott, Mauritania today.

The Satellites will have an opportunity to win the nation its fourth continental gold at the U-20 level if they can beat the Ugandans to make Ghana’s 64th Independence Day celebration a memorable one.

In an interview with Graphic Online, Prof. Peter Twumasi, Director General of the NSA, called on the entire technical team and players to make the nation proud by winning gold today.

Prof. Twumasi said he believes the team has what it takes to win the trophy and expressed government’s commitment to reward them for their feat.

“Ghanaians will be waiting to see the title and on behalf of government I want to wish them well in their game against Uganda.

“With what they have achieved so far in the tournament so far, I have hope in them to deliver the ultimate for the country and government will reward them accurately,” he said.

The Black Satellites started the competition with a 4-0 victory over Tanzania before playing a goalless draw with Morocco. Their 1-2 loss to the Gambia at the group stage left many Ghanaians disappointed, but the team pulled up their socks to qualify for the knockout stage as one of the two best third-placed teams.

Ghana's quarter-final clash against Cameroun was nerve racking but they triumphed 4-2 on penalties after the game ended 1-1 after 120 minutes of exchange before exacting revenge on the Gambians with a 1-0 win in the semifinal.

The Hippos of Uganda finished second in Group A by defeating Mauritania and Mozambique in their opening two matches before losing to Cameroun in the final match.

In the quarter finals, they faced a tough Burkina Faso side but managed to win on penalties and sailed through to the semis.

Uganda beat Tunisia emphatically 4-1 to announce themselves in the final with Ghana.