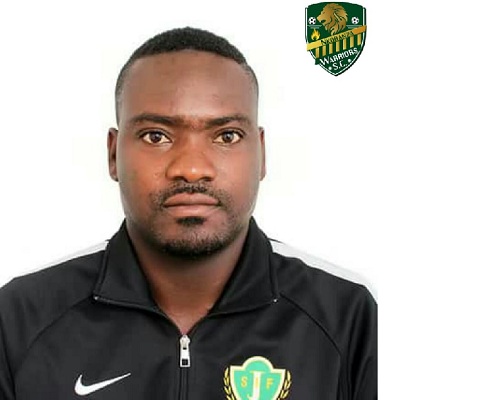 The president of Nkoranza Warriors, Leslie Kuku Bartels, says the deal offered by Accra Hearts of Oak for their newly-signed striker, Isaac Mensah, was the best as compared to offers received from other competitors who showed interest in the player.

“I placed all the teams who were poaching him before him and he chose Hearts over the others, making him join the Phobians,” he revealed.

The 17-year-old striker finally signed a three-year deal with the Phobians last week, though negotiations had gone on for the past four months.

Nkoranza Warriors, a Division One side, reached an agreement with Hearts to enable the lad to join the rainbow family during the 2020/ 2021 season.

In an interview with Graphic Sports, Bartels said the young striker joined his club from Royal Sporting Club, a Division Two side in Konongo, in December 2019 as the club fought for a premiership slot.

"We needed a striker to fill the gap left behind after Kwame  Opoku was transferred to Kotoko. Isaac Mensah has been promising since joining us and he made an impact in the club, scoring eight goals out of 11 games before the season was suspended.

“I have the eyes to scout for quality strikers as a football person and bringing the chap to the club has been fruitful," he noted.

According to the Nkoranza Warriors founder, he first spotted the striker at Liberty Professionals, but his dealings with Liberty fell through, hence the player had to revert to his mother club, Royal Sporting Club in Konongo.

"My interest in the player grew after we had a vacant position in the striking department of Nkoranza Warriors and I had to contact Royal Sporting Club for his services. And he has proved to be good with much hope since joining us," he further revealed.

He said he had encouraged the youngster to be focused as he joined Hearts and should not allow  too much pressure on him to derail his efforts as Phobian supporters would demand more from him when the season starts.

However, Bartels  was confident that Mensah  would be successful with the Phobians and even rise to become a national asset.

He believed that  Hearts had invested in a quality player to help their cause as they sought to augment their squad ahead of the new season.

Mensah scored four goals in a league match between Nkoranza Warriors and  Gbewa United before the suspension of the league.

The teenage striker, who completed Konongo Senior High School last year, would be part of Coach Nii Odoom’s squad for the new season.