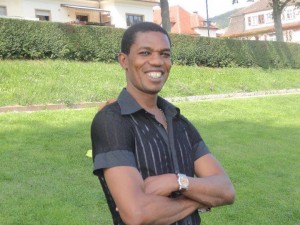 The management of King Faisal is investigating head coach, Mallam Yahaya, for bribery allegations levelled against him by some supporters of Tema Youth following the two all result of their Premiership game played on Sunday.

“Management has decided to launch an inquiry into the issue in order to unravel the truth for the necessary action to be taken,” Sakyi Akomeah Boateng, Public Relations Manager of the Club, told the GNA Sports in Kumasi yesterday.

He said, “we consider the allegations as a serious indictment on the integrity and hard-won reputation of the club for which reason all possible means ought to be explored to clear our name'.

Coach Yahaya was said to have been manhandled by some Tema Youth supporters after the match, accusing him of taking GH¢3,000 as bribe to field a weaker team against relegation-threatened host.

The money was said to have been paid into the bank account of the coach Yahaya before the match to induce him.

Meanwhile, Yahaya has rubbished the allegations, contending that it was an attempt by his accusers to tarnish his reputation.

He told the GNA Sports that he had no discussion with any official of Tema Youth before the match neither had he approached any supporter to be bribed.