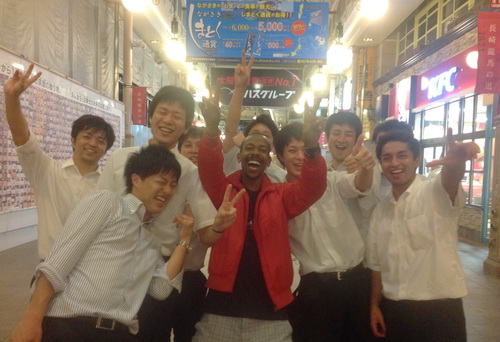 There was wild jubilation on the streets of Tokyo Tuesday when Japan became the first country to qualify for the 2014 World Cup.

The country tied 1-1 with Australia Tuesday night on Keisuke Honda's penalty kick in the first minute of the second-half.

Japanese across the country poured put onto the streets to celebrate their qualification which they described as a sign that Japan would be the first county to bring the trophy to Asia.

Some of the jubilant nationals told the Graphic Sports that Japan would this time around go all out and lift the trophy, adding that the trophy had eluded the country for far too long.

The jubilation was characterised by the blaring of car horns and loud music from various entertainment joints.

Tommy Oar put Australia ahead in the 82nd minute but Matthew McKay's handball set up the penalty kick for Honda, who beat goalkeeper Mark Schwarzer with a left-footed shot to the top corner.

One year and eight days before the tournament opener in Sao Paulo, Japan qualified for its fifth straight World Cup and joined host Brazil in the 32-nation field.

Japan has 14 points and leads Group B in the final round of Asian qualifiers.