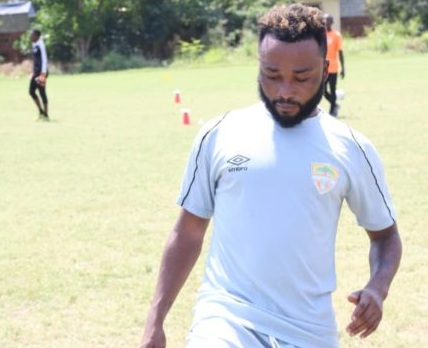 Substitute Gladson Awako made a dream debut for Accra Hearts of Oak when he scored the winning goal to give the Phobians a 1-0 victory against Elmina Sharks at the Ndoum Stadium at Elmina yesterday.

Awako made the headline for all the wrong reasons in recent weeks after struggling to settle with his new club following a controversial move from Great Olympics but he left the Hearts faithful chanting his name after scoring a goal of supreme quality to hand his side their first win of the season.

The experienced midfielder came on as a 64th minute substitute for Enock Asubonteng and in the 72nd minute, he finished off a fine move deep into the Sharks half as he picked his spot and fired a shot from 25 yards which swerved past the outstretched hands of Sharks goalie, Lord Bawa Martey into the far corner of the posts.

Coach Samuel Boadu's side struggled to break the deadlock in the first half after both teams failed to create decent goal scoring chances.

In the second half, the Phobians dominated play in search of a goal and 30-year-old Awako came off the bench to fire them to victory with a stunning goal that may have banished his initial troubles behind him.

The home side were forced to play with a numerical disadvantage in the 77th minute after their captain Samuel Arthur was sent off for fouling Awako to attract a second yellow card.

Five minutes later, Hearts were also reduced to 10 men when midfielder Ibrahim Salifu was sent off after a second yellow card offence but they held on to their slim lead for deserved win which lifted them from the bottom spot to the 16th position on the league log.