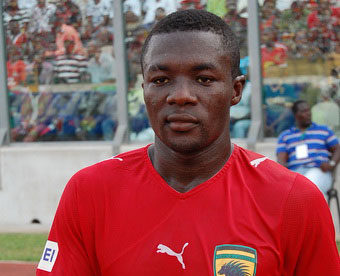 Kumasi Asante Kotoko or Medeama SC will be richer by GH¢30,000, the prize money for winning the June 15 at the Accra Sports Stadium.

Kotoko enhanced their chances of Premier League and FA Cup double after beating Amidaus Professionals 3-1 last Sunday at the Accra Sports Stadium to reach their second MTN FA Cup final in three years, while Medeama fought from a goal down to beat Accra Hearts of Oak 2-1 in the other semi-final game at the Baba Yara Stadium last Sunday.

According to football website, the GH¢30,000 cash reward for the FA Cup winner represents a 20-per cent increase over by the prize money received last year  by New Edubiase United, who walked home with GH¢25,000 in addition to winning their maiden FA Cup title.

The champions will receive the FA Cup in addition to 35 gold medals and represent Ghana at the next CAF Confederation Cup, while the runners-up will receive a cash prize of GH¢15,000 and 35 silver medals.

The prize money of the competition has been seeing  significant increases each year since telecommunication giants MTN took over as title sponsors in a three-year partnership with the Ghana FA.