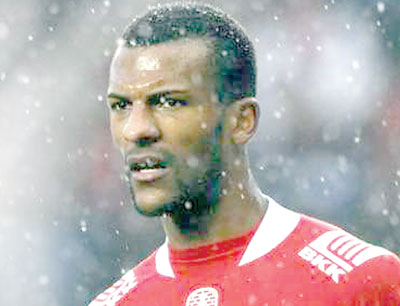 Following the successful  nationality switch by Fulham midfielder, Emmanuel Frimpong, to play for the Black Stars, his cousin, Yaw Ihle Amankwah, has been encouraged to follow in thew footsteps of his younger relative.

Amankwah had been hesitant about his nationality switch, but following the success story of his cousin, a former England youth international who recently made a successful switch to make a long-awaited Black Stars debut after almost a year awaiting FIFA’s approval, the Norwegian-born Ghanaian the youngster has also began a process to enable him realise his dream to play for Ghana.

Just as Black Stars goalkeeper Adam Kwarasey, Amankwah also has a Ghanaian father and a Norwegian mother and is anxious to change is nationality.

Indeed, as a demonstration of his seriousness, the player was in the country recently to witness the Black Stars’ 2014 World Cup qualifier against the Nile Crocodiles of Sudan at the Baba Yara Stadium which Ghana won 4-0.

Amankwah told the Graphic Sports he was encouraged to follow the footsteps of his cousin Frimpong, who expressed his delight at his his international debut as a second half substitute.

The 24-year-old plays for Sandefjord FC in the Norwegian professional football league.