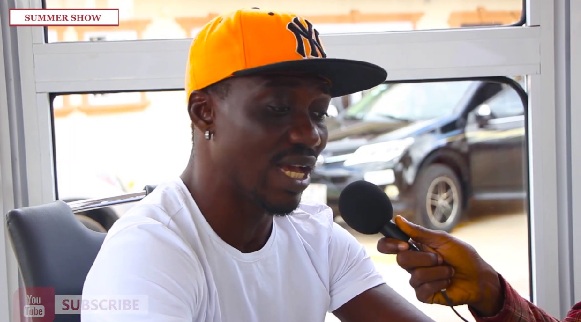 Former Accra Hearts of Oak great, Bernard Dong Bortey, has turned to coaching after being appointed coach of Techiman Gold Stars after hanging up his boots to concentrate on developing talents.

Bortey, who ended his playing career at Accra Great Olympics last season, said he had already begun working on his coaching badges and currently held a CAF License C certificate, a minimum requirement by the Ghana Football Association which enables him to coach the Techiman-based Division Two side.

At the peak of his career, 37-year-old Bortey was one of the leading players in the Ghana Premier League and was a key figure among the dreaded Hearts of Oak squad nicknamed ‘64 Battalion’ as he teamed up with players such as Ishmael Addo, Charles Asampong Taylor and Emmanuel Osei Kuffour to win four Premier League trophies and the 2004 CAF Confederation Cup, among other laurels.

He also had less spectacular professional career in the Gulf region and in Vietnam.

Known in his heyday as ‘Serial Killer’ in recognition of his striking abilities, Bortey made seven appearances for the Black Stars. He told the Graphic Sports that  he was hopeful of making it big in coaching and to impart his knowledge to the younger generation.

He said he drew inspiration from the legendary Cecil Jones Atuquayefio, the late coach who honed his talent at the national u-17 team, and later turned him into one of Ghana’s most exciting players during his successful spell at Hearts.

“I want to concentrate on helping the younger generation with the vast knowledge I had in football during my playing days.

“I have been coaching for two years now and so far so good. It is very stressful but I believe I have a lot to offer these young ones,” Bortey noted.

Bortey joins the list of former teammates and seniors who took the bold step to enter into coaching after their careers.

The likes of Charles Kwablan Akonnor, Nii Odartey Lamptey, Laryea Kingston, Richard Kingston, John Paintsil, among others, have ventured into coaching after hanging up their boots.

When asked how he intended to transfer his impressive playing career into coaching, Bortey said he was determined to make a mark in his newfound love by working hard.

“It is a very difficult job but I’m determined to work harder to make a mark in coaching,” he added.