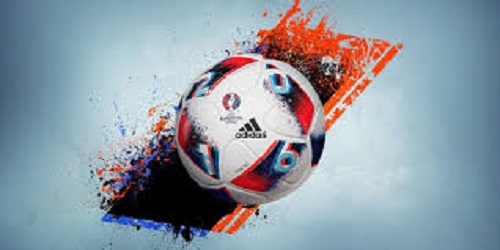 In every club, the players form the product that the supporters go to watch; expecting them to display pleasurable footballing artistry and results that would thrill and animate them. Displays that would give them thrill talk topics after a match.

We know how people have committed suicide as a result of distressing defeats suffered by their clubs. Many supporters of especially high flying teams such as Hearts of Oak and Asante Kotoko. If only today’s managers of these two clubs know the dept of despondency they inflict upon their supporters when they fail to deliver in matches of great expectations. Ghanaians who follow our national teams suffer pain when they fail to succeed at tournaments.

The managers of football in Ghana must understand the great damage they do to many Ghanaians psychologically when our teams fail to deliver victories and pay critical attention to their stewardship.

How were these exciting brand identifications created by Hearts? What were the processes that went into creating these supporters acclaimed thrilling identities. The 64 Battalion of Hearts is, arguably, the most successful team in the club’s history as they won the 2000 African Champions League without losing any match. They are the only Ghanaian side that have won the African Super Cup. Later in their dying embers, they won the CAF Confederation Cup.

Hearts say ‘Never say Die’. What is the underlying process to sustain this chant?

The Kotoko supporters know the unrelenting force identified with their team. They chant ‘‘Kum Apem a Apem Beba’’. How were these dynamics of the club created? Why are these dynamics absent in today’s team?

The Never say Die and Kum Apem a Apem Beba mantra are all mind intoxicating declarations that drives unrelenting desire to succeed by winning. It is a token of mind driven powerfulness, yet see what great feat it drove these clubs. Kotoko have won the Africa Cup Club Championships (now Champions League) two times.

Now is the time to embrace totally and completely a mind training regimen that would absolutely concretise these declarations with immeasurable success. The rigorous, vigorous participatory, visibly present mind training. This is the type of football psychology that would transform the present players of the clubs to achieve beyond their wildest imaginations. Football psychology is a human science of sports success and it is time clubs in Ghana and the national teams embrace it.

The global game of football has gone wide and far and as such different characters are manifesting themselves on the field of play. We had, in Ghana, Bofoakwa Tano, nicknamed Apostles of Power Football.

This is the type of football that emerged from the then Brong Ahafo Region of old and was displayed by Bofoakwa. Their captain, Kwasi Owusu, who was also onetime captain of the Black Stars, was also called Powerhouse. Their football was labelled because it was different.

It is for these reasons that if you only rely on physical coaching to drive club success, you would be building your expensive house on sinking sand. Overcoming fortitude is mind-built and mind-driven. Physical coaching and mind training is the true guaranteed success key.

Successful club branding would be based on greater team success. Mind training would drive team and club success to aid brand building.

No coach should ever complain that the quality of players in his club are poor. There is nothing like poor quality players. There are only coaches who are ignorant of football psychology mind training application. No national team coach should ever say that we have low quality players. It is time to apply football psychology for its immeasurable success value. We would no longer accept the excuses of Ghanaian coaches when they fail. Life success is science. So the science of football psychology must be employed at the highest level of our game by our greatest clubs and national teams.

It is by football psychology mind training that we can be concretely sure of what we would get from each player at every match. For now it is very clear that the physical coaching alone is lagging very far behind in delivering on the expectations of the supporters of the clubs. It is when high player quality has been achieved that club success brand can be established and sponsorship attraction can be created. So that it is no longer the teams running around looking for sponsorship but rather the product marketing groups who need product advertising for product success who would come to the teams. This is how the teams can shift from this beggarly situation. Teams by this can secure rewarding sponsorship deals.

Player quality creates team quality. High team quality attracts better sponsorship. Ghana has every thing to gain from psychological mind training. We must embrace it evidently. Football psychological mind training would create profit, revenue and growth. The expectation of the mass pool of football must be achieved. Our football must bring joy, pleasure, relaxation. It must drive purchasing power and deliver the feel good moods which have very positive psychological value.

For now all followers of football in Ghana know that we are not enjoying our football. The reality that our football is causing us a lot of distress and sadness must be acknowledged. You can not draw masses to stadiums where the supporters get heart breaks because of poor results. Football Psychological Mind Training is the key to replacing talent drain much more quickly.

It would create higher quality global matching matured talent who would play at higher levels of world football. When players exhibiting their full football potential are assembled in a league, the league would be beautiful to watch.

Many spectators would throng the match venues that would grow gate proceeds, leading to higher revenue.
‘The ‘Soldier go Soldier Come’ slogan can be achieved by football psychological mind training.