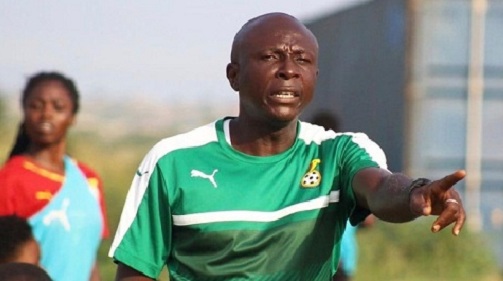 Yusifi Basigi, head coach of the female U-20 national team, the Black Princesses, is delighted with President Nana Akufo-Addo's directive to allow the various national teams to resume training for their international assignments.

It has been four months of suspension of football-related activities in the country since the nation took steps to prevent the spread of the coronavirus pandemic.

President’s directive
However, the President, in his 14th address to the nation last Sunday to update Ghanaians on measures taken to battle COVID-19, gave the green light to female national teams to prepare for their respective international assignments.

Speaking to Daily Graphic yesterday, Coach Yusifi Basigi said it was refreshing to hear that the restrictions had been eased for the national teams to prepare for their games.

"I have already submitted my programme to the GFA and I’m waiting for the green light from the FA to begin camping with the ladies," he revealed.

GFA’s approval
He noted that all their activities were awaiting approval from the President and now that the opportunity had been given, he expressed the hope to hear from the football authorities to enable him to take the next step towards putting the girls together.

Coach Basigi hinted that he would not leave out any player he invited for camping before the break so that he could finish assessing them.
"It would be unfair on my part not to call those players back to prove themselves as they aim to be part of the national team," he noted.

Assessment of players
The Princesses coach believed that the best way was to assemble the players and assess their weaknesses and strengths to help him plan with the right materials as the manager.

He was optimistic that the exercise would be keen towards building a strong team ahead of the FIFA U-20 World Cup qualifiers and the World Cup tournament to be co-hosted by Panama and Costa Rica next year.

The Black Princesses were to play their counterparts from Guinea Bissau this year, but due to the coronavirus outbreak CAF had to cancel all  competitions to safeguard players and officials from being infected.

The FIFA U-20 World Cup was originally scheduled to come off in August-September this year, but FIFA had to reschedule it to January 20 to February 6, 2021.