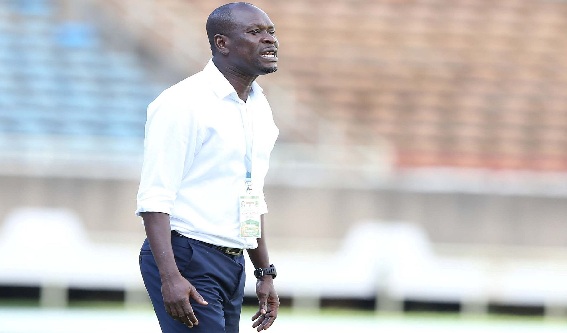 Black Stars trainer, Charles Kwablan Akonnor, has announced that the team will engage in friendly games before their 2021 African Cup of Nations double header qualifiers against South Africa and Sao Tome and Principe next month.

The senior national team coach believes the friendly matches will adequately prepare the team and allow him to assess his players before they engage their Group C counterparts.

Coach Akonnor named a 32 local-based side to begin preparation for the matches and had four days of residential camping in Accra before they were released to their clubs for this weekend's Ghana Premier League and Division One League fixtures.

The coach explained to the Graphic Sports that he would have ample time to assess the team’s strength and weaknesses when they reassemble next Thursday for their final preparations towards the continental qualifiers.

“We are looking at having friendly matches for the team before the two qualifying matches against South Africa and Sao Tome and Principe when they resume training on Thursday.

Coach Akonnor had 26 players for his first training camp without the invited Asante Kotoko players who are preparing for their CAF Confederation Cup second leg tie against Algerian side ES Setif.

The Porcupine Warriors contingent are expected to join their teammates next Thursday when they reassemble for the team’s final preparations.

Ghana will be away to South Africa on March 22 before returning home to lock horns with Sao Tome on March 30, with a win from the two matches enough to guarantee them a place at the Nations Cup in Cameroun.