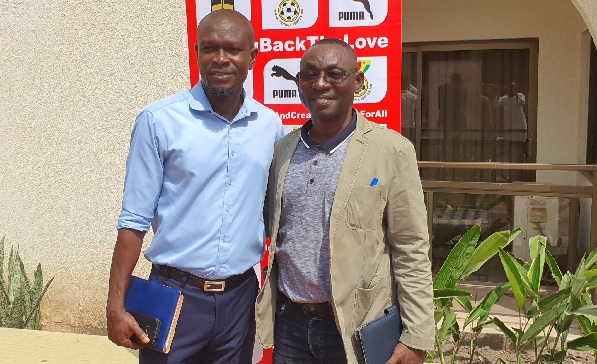 Dismissed Black Stars Coach, Mr Charles Kwablan Akonnor, and his assistant, Mr David Duncan, are still in a dilemma over when they would receive their 10 months outstanding salaries, weeks after being relieved of their positions.

According to investigations by the Graphic Sports, coaches Akonnor and Duncan had not been paid their $25,000 and $10,000 each monthly wages since January this year until their appointments were terminated last month.

The $250,000 and $100,000 unpaid salaries for Akonnor and Duncan respectively are beside the severance packages they are entitled to following the unlawful termination of their contracts prior to their expiration in February next year.

The contract of Coach Akonnor and his assistant was terminated on September 13 with just about four months left which requires the employer to pay some compensation to them.

A source at the Ministry of Youth and Sports confirmed to the Graphic Sports that the two coaches were yet to be paid all these packages.

“From January this month, the coaches have not been paid anything and since they were sacked in September, they are owed nine months’ salary.

“They are also supposed to be paid something for the termination of their contracts but because the contracts are confidential, I cannot disclose how much should be paid them.

“In fact, as it stands now, the two coaches have also not been paid their signing on fees,” the source disclosed further.

Per their contracts, the two local coaches were entitled to a sign-on fee when they first took up the job in January 2020 but until the termination of the contract, that had also not been fulfilled.

Worse, their severance packages which needed to be paid to them for the unlawful termination of contract as stipulated in their contracts, had also not been paid barely a month after they were relieved of their duties.

The source was disappointed that the coaches would be treated that way and said they should have been paid off the moment the GFA decided to part ways with them. He indicated that the new Black Stars coach would not be subjected to this kind of treatment as an expatriate.

“As they were changing them, they should also be ready with their packages because if you are not ready, why do you change them,” the source lamented.

It is believed that Akonnor and Duncan are entitled to $50,000 each compensation, plus the unpaid salaries and signing-on fees.