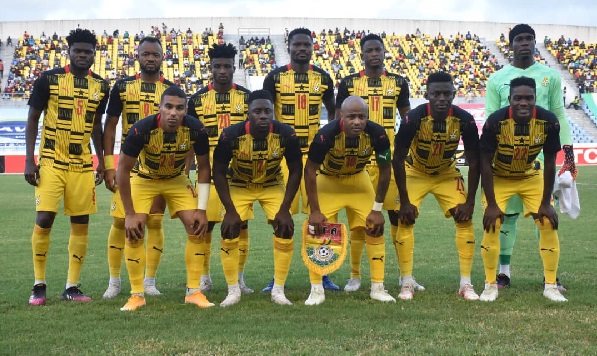 Both teams settled for a goalless stalemate in their first clash since meeting in the 2015 Africa Cup of Nations (AFCON) tournament in Equatorial Guinea.

In a match which represented a real test for the Elephants and the Black Stars ahead of the commencement of the 2022 FIFA World Cup qualifiers, both sides fielded their strongest team.

The match started with the Black Stars dominating play but the Ivorians were the dangerous team going forward.

Three minutes later, the Elephants came close to scoring again in the first half through striker Wilfried Singo who failed to finish off a fine one-two with Haller by missing a sitter.

In the 21st minute, Partey sent a free-kick over the bar for Ghana after Emmanuel Gyasi was brought down before Jordan Ayew delivered another poor free-kick which was dealt with by goalkeeper Sylvain Gbohuo.

Just before half-time, the Ivorians created what proved to be the last chance of the half when Kessie rose high to head Aurier’s corner but Ati-Zigi was on hand to handle the danger.

After recess, Cote d’Ivoire were first to go close again with Kessie’s shot from outside the box deflecting off Alexander Djiku and going just over onto the roof of the net.

However, the Ghanaians couldn’t break a well-organised Ivorian side as Partey failed to find the back of the net with a header in the final minutes of the match.

The Black Stars will return to action with a double-header against Ethiopia and South Africa in the 2022 FIFA World Cup qualifiers in September.