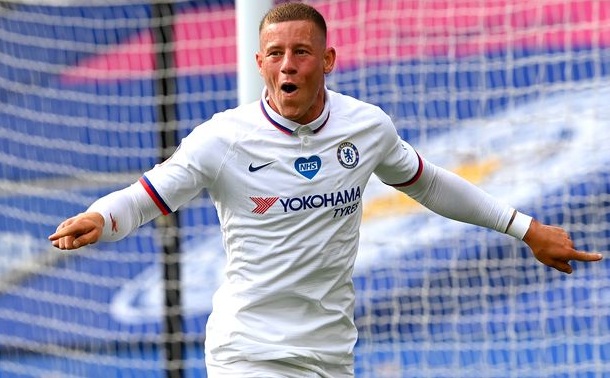 The Foxes held sway in the first 45 minutes at the King Power Stadium, although it took a flying save from Leicester keeper Kasper Schmeichel to keep out Christian Pulisic's powerful drive.

Lampard's discontent could be heard echoing around the virtually deserted arena - and he acted by introducing Barkley, Mateo Kovacic and Cesar Azpilicueta at the interval for Reece James, the subdued Billy Gilmour and Mason Mount.

It had the desired effect as Chelsea improved markedly. Barkley, who was on target in the 2-0 win against Liverpool in the last round, scoring the winner after 63 minutes when he reacted to get in just ahead of Jonny Evans and sweep Willian's clever cross past Schmeichel.

Leicester, missing the injured James Maddison, were out of sorts after the break although they applied late pressure and defender Caglar Soyuncu was frustrated late on when his header struck Azpilicueta and flew over.

An FA Cup quarter-final behind closed doors contains little of the passion and noise that usually accompanies these occasions, with a place in the last four at stake.

It did, however, enable those few of us inside the ground to hear several loud blasts of "liven up, liven up" from Chelsea manager Lampard as he expressed his displeasure at his side's early inability to cope with Leicester City's bright start.

Leicester failed to make the most of possession in the first 45 minutes and Lampard was able to make those substitutions that swung the game back in Chelsea's favour.

Talented youngster Billy Gilmour had one of those halves all young players can have, giving the ball away too much and having little impact - he will learn from this.

Barkley came on and was Chelsea's FA Cup talisman again, scoring the winner and almost adding a second in the last minute, forcing an unorthodox save from Schmeichel.

It also demonstrated Chelsea's squad strength as Lampard was able to introduce such experience and ability.