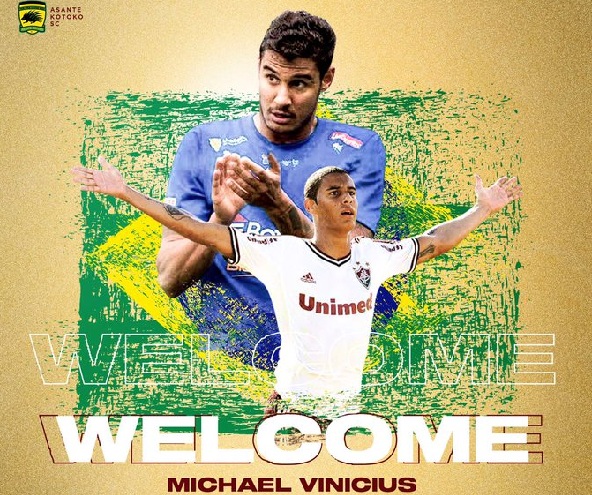 Morais becomes the second player from Brazil to join the Porcupine Warriors following the arrival of Fabio Gama ahead of the commencement of the league.

The 27-year-old will team up with compatriot Gama who is having a great time in Ghana after impressive displays for Kotoko.

In a Twitter post to confirm the arrival of Morais, Kotoko wrote “M I C H A E L V I N I C I U S Silva de Morais is a Porcupine Warrior. The Brazilian forward formerly of Fluminense (Brazil) , Linkoping City and Vasalunds IF (Sweden) joins us on a two-and-a-half year deal”.

Kotoko will be Morais’ 11th club in his professional career which started in his native country in 2014.

He has featured for the likes of Brazilian top-flight side Fluminense, Portugal’s GD Estoril Praia, Linkoping City and Vasalunds IF in Sweden.

Morais joined Vasalunds IF after a short spell in the Japanese third-tier with Iwate Grulla Morioka.