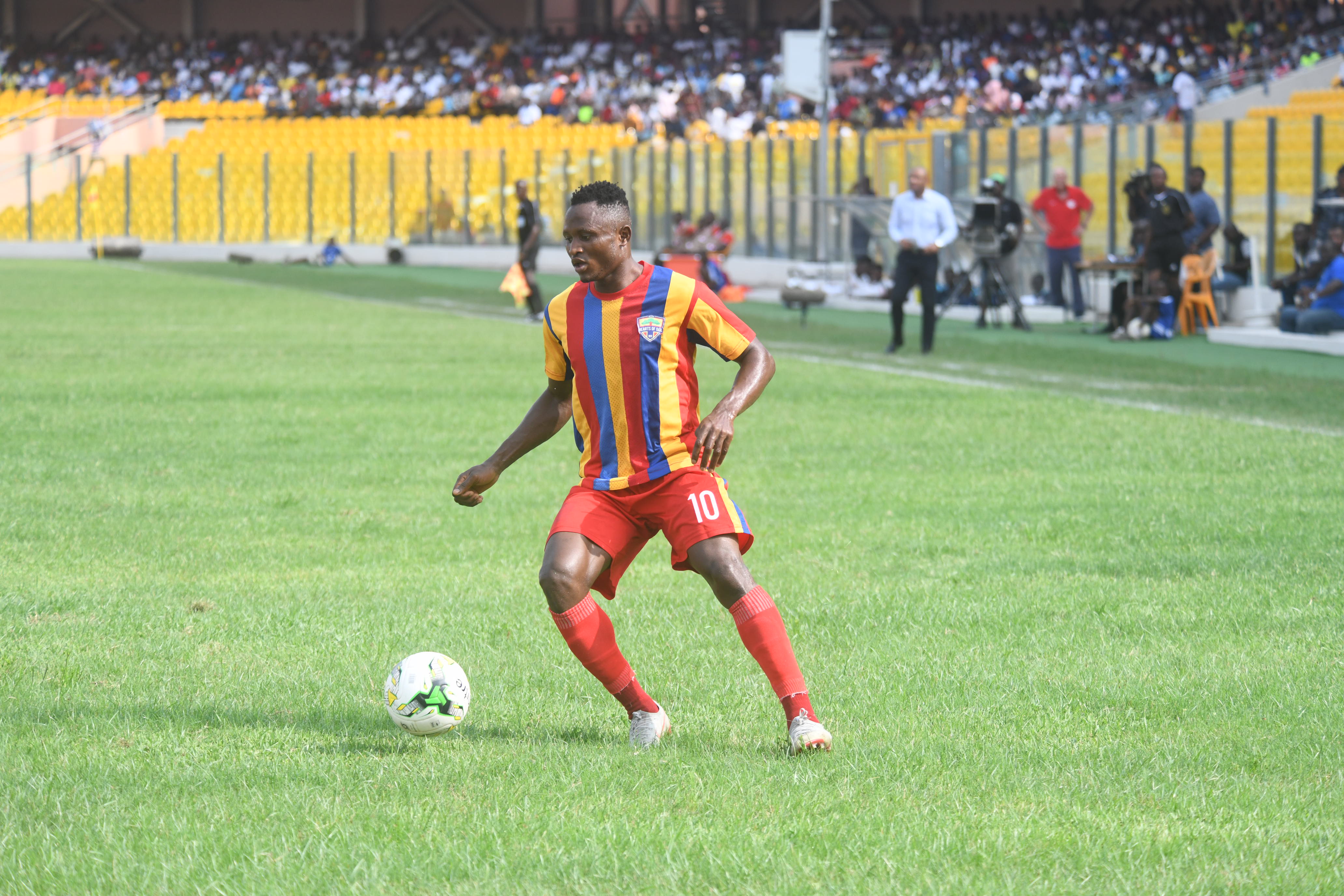 Accra Hearts of Oak playmaker, Joseph  Esso, insists the Phobians should accept a one-year contract extension for GH¢80,000 or forget about him.

Additionally, the 23-year-old former midfielder is demanding a 150 per cent increment in his monthly wage, which will make him the highest paid player at Hearts.

Esso joined the Phobians from Ebusua Dwarfs in 2018 on a three-year deal and pocketed GH¢90,000 signing-on fee with a monthly salary of GH¢2,000. He is now asking for a signing-on fee of GH¢80,000 in addition to GH¢5,000 each month before committing to a one-year contract extension.

His demands, Hearts officials said, were too outrageous. Beside that the club’s management seems unwilling to accept the player's decision to sign just a year's contract for such a huge signing-on fee.

A Hearts source told the Graphic Sports in an exclusive interview that contrary to reports that the club had reached a deal with the attacker, the player was rather difficult on the negotiating table with his insistence to sign just a one-year contract.

According to the source, the club was prepared to extend Esso's contract for an additional three years with a 50 per cent wage increase, which would take his monthly salary to GH¢3,000 with an annual signing-on fee of GHc30,000, but that offer was rejected by the player.

However, after the negotiation hit a snag, the source noted that Esso returned later with another demand of GH¢4,500 monthly salary and a one year contract worth GH¢50,000, reduced terms the club turned down again in preference for a three-year deal with the player.

Esso, who became an instant hit in Hearts in the last two seasons, believes his sterling performances for the club during the GFA Normalisation Cup competition and the Black Stars B at the 2019 WAFU Cup in Senegal should be rewarded with a better deal.

Last season he made 14 Premier League appearances and scored three goals but became inflexible about a year ago when the club decided to engage him on a new deal.

Esso is among five of Hearts players whose contract extension talks generated so much controversy last week, leading to the termination of their contracts. The rest are Benjamin Agyare, Christopher Bonney, Bernard Arthur and Burkina Faso forward, Abubakar Traore.