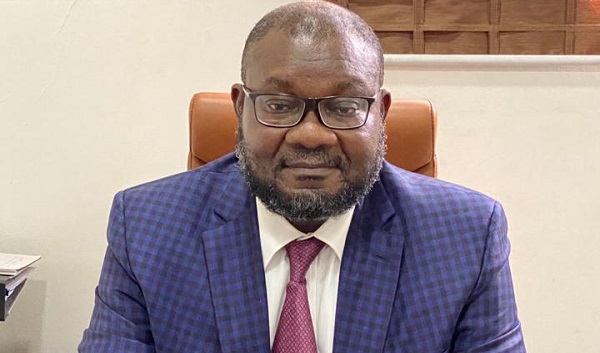 The president of the Ghana Cycling Federation, Mr Mohammed Sahnoon, has undergone extensive X-ray after being knocked down by a hit-and-run driver who was in a Land Cruiser Prado. The vehicle number could not be recorded before the driver sped off.

The incident took place during the heat of the Prudential Life Insurance cycling race at Ablekuma Curve in the Greater Accra Region last Sunday.

Confirming the news to the Daily Graphic, Mr Sahnoon said he had reported the incident, which saw him sustaining some bruises on his elbows and back, with severe chest pains, to the Police.

"I am currently feeling pains in my chest and all over my body. The driver didn't even stop," he revealed.

He noted that he managed to secure a broken side mirror that peeled of the car as a result of the accident and hoped it would help in investigations towards the arrest of the driver.

"Every place was blocked but I don't understand how he managed to break into the barrier and caused this havoc," he wondered.
He called on the event organisers and the Police to provide adequate security for such events in future.