Coach Asare: Allow Takyi to take decision on his future 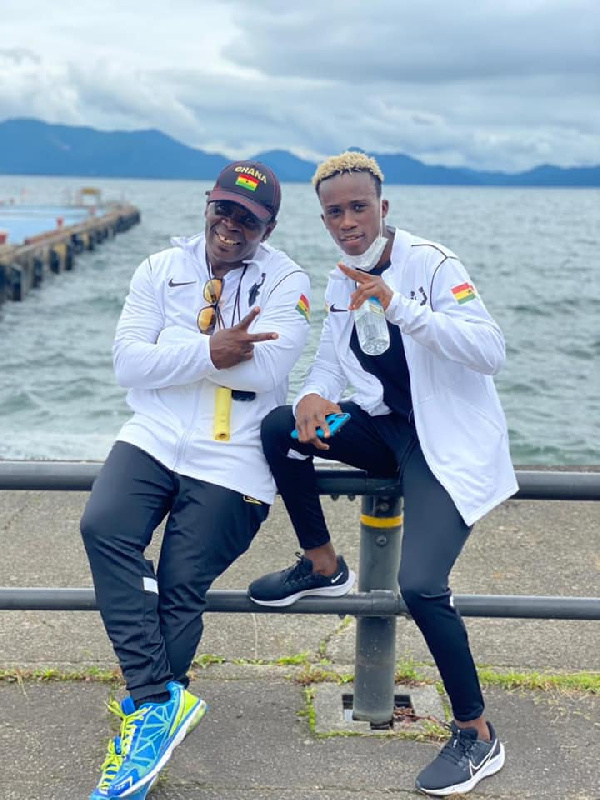 The coach of the Black Bombers Kwasi Ofori Asare says the decision for Olympic bronze medallist Samuel Takyi to go professional or remain at the amateur level should be borne out of his own volition and no one else’s opinion.

He maintained that Takyi, 20, Ghana’s sole medallist at the Tokyo Games and the first to achieve this feat in almost three decades can stay as an amateur boxer and win a gold medal or turn professional and still win a world title.

“To me the decision to turn professional must be  out of his own free will, we must allow him to take the direction he wants,” he told the Graphic Sports in an interview last Thursday.

Coach Asare as he is popularly referred to in boxing circles added that the young lad is poised for greatness irrespective of his future stance in the sport.

He also touched on professional fighters taking part in the Olympics saying he remains indifferent to that idea.

“There is nothing great about a professional boxer winning a medal at the Olympics,” he told the Graphic Sports.
Takyi lost his semifinal encounter to American professional boxer Duke Ragan who went on to take silver in the final bout against a Russian opponent.

Coach Asare also revealed to the Graphic Sports that he has to battle nerves and resort to experience to get Takyi to a medal position at the Olympics.

“I have to battle my nerves, and let Ghanaians know that it takes legendary work and experience to qualify to Olympics and win a  medal,” he stated,

He called on the government to put more resources into boxing to get more medals in the future.

“We must wake up and work harder before it takes us another 29 years to medal in an Olympics,” he noted.