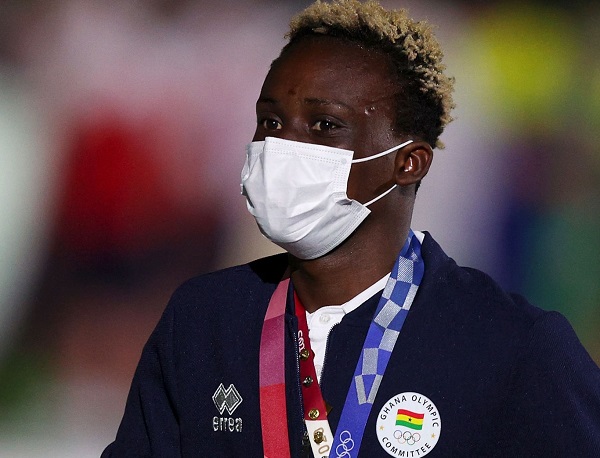 Ghana’s Olympic bronze medalist, Samuel Takyi, is set to make his professional debut on January 29 under the management of Bazooka Promotions.

Takyi has signed a managerial and promotional contract with Bazooka Promotions, a syndicate owned by boxing legend Ike Quartey.

The 20-year-old star announced that he was moving to the professional ranks after an impressive career at the amateurs where he ended Ghana’s 29-year Olympic medal drought.

In an interview with the Graphic Sports, Takyi explained that he was ready to kick-start his journey to become a world champion in the future.

“If everything goes as planned, I will make my professional debut next month under Ike Quartey. I am glad I made that choice because I believe he has what it takes to lead me to where I want to be in the future,” said Takyi.

As part of the contract, Quartey is expected to train Takyi, with the former World Boxing Association (WBA) welterweight champion looking forward to bringing his experience to bear.

When asked what convinced him to sign with Quartey, Takyi said the fact that he would be associated with the legend was too good to reject.

“I see it to be an honour to be associated with a legend like Ike Quartey. The fact that he wants to lead me to greatness also motivated me to sign with him,” he said.