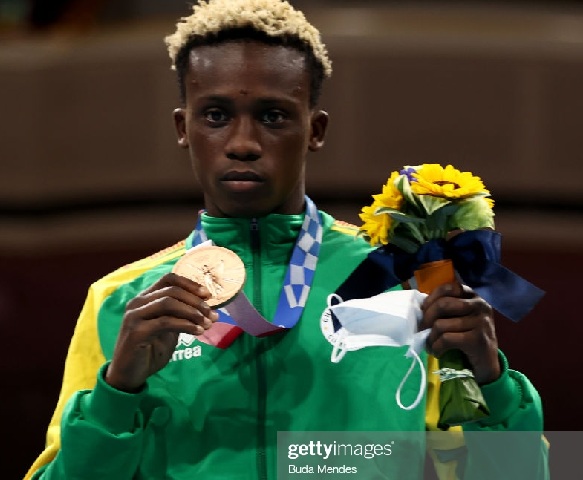 Ghana boxer Samuel Takyi has officially been presented with the bronze medal he won at the ongoing 2020 Olympic Games in Tokyo.

The 20-year-old secured the bronze medal after losing to Duke Ragan in the men’s semi-final featherweight event on Tuesday.

Takyi however lost the bout 4-1 on the judges’ 4-1 to the more-experienced American opponent.

The young boxer made an impressive start to the semi-final bout against Regan and actually won the first round.

However, he couldn’t replicate his opening performance in the remaining rounds, as the American secured a comfortable victory.

Despite losing the semi-final bout to Regan, Takyi entered the history books after ending Ghana’s 29-year wait for an Olympic medal.

On Thursday, the boxer was presented with his bronze medal, to the delight of him and his coaches.