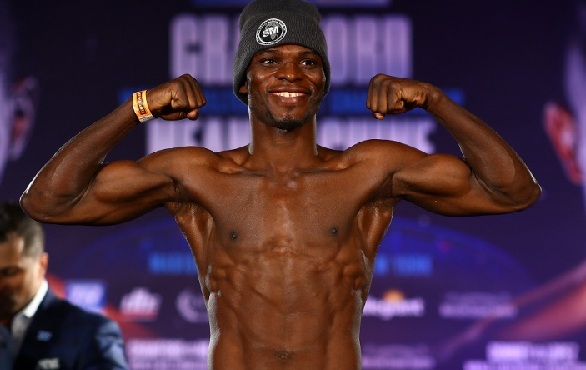 Former International Boxing Federation (IBF) lightweight champion, Richard Commey, has vowed to give the upcoming fighters in the division a keen contest in the coming months.

Commey has intensified his training regimen ahead of his much anticipated return against Jackson Marinez on February 13.

The Ghanaian boxer is yet to return to the ring after over a year's absence since losing on knockout to Teofimo Lopez in December 2019.

In a video posted on his Twitter page, Commey could be seen training feverishly for his upcoming fight as he aims for a successful return.

“Putting in the hard work with @hon7davAKA Scooter for my upcoming fight in Vegas, I got to show these young lightweights they ain’t gonna have it all their own way,” he wrote.

In the case of Haney, the American has the World Boxing Council (WBC) lightweight title with Garcia being the mandatory challenger to the crown.