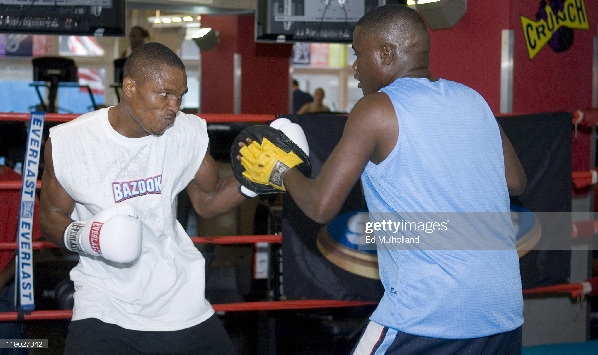 Longtime trainer of Ike ‘Bazooka’ Quartey, Daniel Oko Odamtten, has described his ally’s loyalty to him as one of the best in the sport’s history in recent times.

Odamtten, who trained Quartey throughout his professional career, explained that the former World Boxing Association (WBA) welterweight champion failed to accept any fight without him in his corner.

He said Quartey rejected so many juicy promotional and managerial deals just to stick with him throughout his 18-year career as a professional fighter.

The renowned America-based Ghanaian trainer began Quartey’s quest to become a world champion in 1988 when the fighter made his debut against Mama Mohamed.

Six years into their journey, the pair defied all odds to win the WBA welterweight belt by stopping Crisanto Espana in June 1994.

Speaking to the Graphic Sports in an interview, Coach Odamtten expressed his satisfaction with Quartey’s relationship with him 14 years after he last led him into a bout.

He said Quartey continued to seek his advice and thoughts on almost every decision he took in life which he believed showed how committed the ex-boxer was to their cause.

“Ike never accepted a fight without me. He always discussed it with me before he took it up and that tells how important I was to him,” Coach Odamtten said.

“There were times when promotional outfits came to him with juicy offers but he refused to take them up because they wanted me out. His loyalty to me is second to none and I can tell you that it is one of the best in boxing’s history,” he said.