Lamptey sure to retain GBF seat 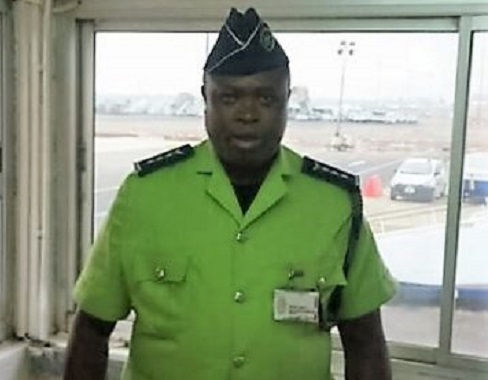 THE President of the Ghana Boxing Federation (GBF), Mr George Lamptey, has said his impeccable record at the GBF, which culminated in the bronze winning feat by Samuel Takyi at the Tokyo 2020 Olympics, qualifies him to retain his seat in the upcoming elective congress on December 18.

“I gave this country a bronze medal at the 2018 Commonwealth Games, a bronze at the African Games in 2019, qualified three boxers to the Olympics in Tokyo with one winning bronze, and also ensured that eight amateur fighters got ranked in the top 20 in Africa and the world,” the aviation expert told Graphic Sports in an exclusive interview in Accra last Thursday.

He also revealed that for the first time he ensured the employment of some trainers by the National Sports Authority (NSA), while registering some amateur boxers and trainers with the Youth Employment Agency (YEA) to be paid monthly salaries.

“I have organised two-week courses for at least 38 referees since I took over four years ago and my record for sharing monthly food staples to the Black Bombers is unmatched,” he added.

Mr Lamptey, who is popularly referred in boxing circles as Rato, promised to continue liaising with the Besesaka Foundation to provide scholarships for juvenile boxers, if re-elected.

He also pledged to spread the tentacles of the sport and organise regular competitions in the Western and Central regions as is happening currently.

“I will continue the stakeholders meetings I organise for participants in the Western Region and donate more equipment to the regions,” he pointed out.

He again promised to maintain his collaboration with the Graphic Communications Group Limited to help organise amateur tournaments in Ada and Sege.

“I have assisted 12 boxing officials to participate in a global boxing course in Lome, Togo, and commissioned former boxer, Nana Yaw Konadu, to create awareness for the sport in the Eastern Region,”