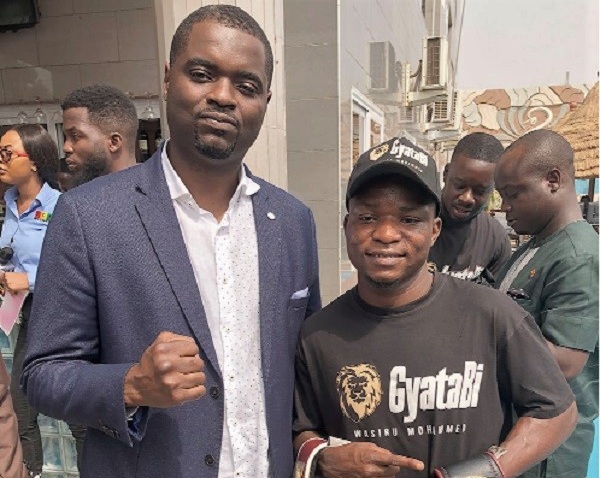 Former International Boxing Federation (IBF) welterweight champion, Joshua ‘The Hitter’ Clottey, has advised Wasiru Mohammed to settle his differences with his manager, John Manfo, to enable him to progress in his career.

Clottey said it would be wrong for the former World Boxing Organisation (WBO) Global super bantamweight titlist to consider quitting the sport just because he had a problem with his management.

Mohammed has responded to his management’s claim of going AWOL by blaming the decision on being forced to sign a contract extension.

The 25-year-old hard-hitting boxer has failed to return to the ring for over a year now since destroying John Amuzu of Benin in seven rounds at the Bukom Boxing Arena in January 2020.

In an interview with the Graphic Sports, Clottey disclosed that he phoned Mohammed to advise him to rescind his decision to quit boxing when he heard of the problems between him and his managers.

“He has to sit down with his managers to sort out their differences if he wants to continue making progress in the sport,” said Clottey.

“You don’t say that you have quit boxing just because you have an issue with your management. It is not the best decision to take and I hope he changes his mind soon.”

Mohammed was stripped of his WBO Global title by the sanctioning body in June after going over a year without defending his title.

The undefeated boxer also dropped from sixth to 11th in the WBO June ratings due to inactivity.