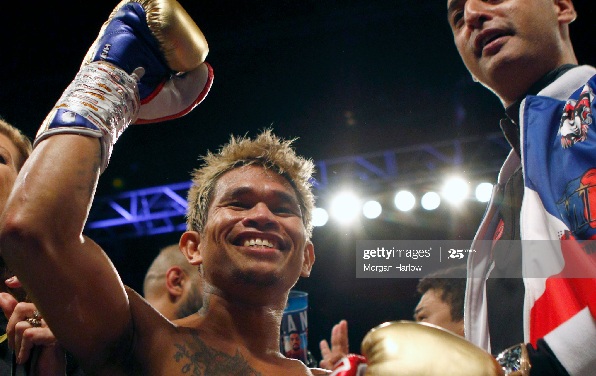 Micah’s challenge for the WBO title will be one of five world championship fights on the night, with the Charlo twins, Jermall and Jermell, set to headline the bill with separate fights.

Speaking ahead of the bout, Casimero said, “when Inoue stopped fighting, we looked for an opponent; we are ready to fight anyone and Luis Nery and I are still challenging on Instagram but they do not want to fight me.”

“They do not want to fight us so we ended up with Duke Micah,” he added.

Casimero, 31, believes Micah remains a dangerous opponent at 122 pounds despite not being a star in the division and is keen on avoiding complacency in his preparations.

“While Micah may not ring a bell to many, the fight is equally important as facing Inoue or Nery at 122 pounds. That is why I don’t want to be complacent in my preparations.

“I am very confident of winning and I need to end Micah immediately so we can target big fights against Inoue or Nery,” the Filipino explained.

Both Casimero and Micah are yet to fight this year. While the Ghanaian last fought in December, the Filipino was in the ring in November last year.

Micah returned to the ring in 2019 after a year layoff occasioned by a promotional tussle with Real Deal Promotions. He defeated Luis Suarez Cruz in two rounds on August 31 last year, before finishing 2019 with a unanimous decision victory over Janiel Rivera in December.