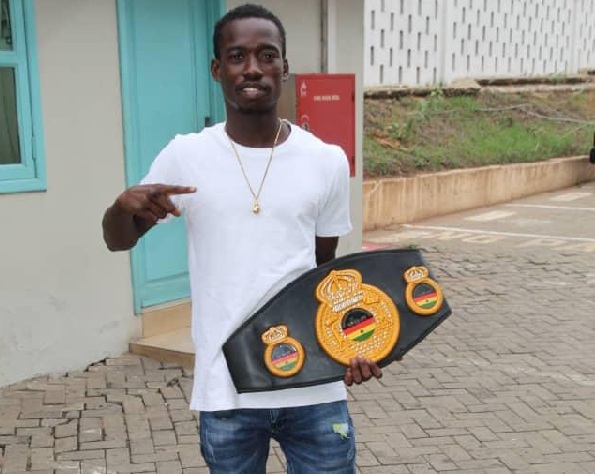 National featherweight champion, John ‘Expensive’ Laryea, says he is out to prove his critics wrong by winning the World Boxing Organisation (WBO) Africa title when he comes up against Namibia’s Sebastien Nathanael on July 30 in Accra.

The undefeated Laryea believed it was time to take the opportunity to challenge for the continental belt having won the national title and defended it.

Laryea is preparing to take on Nathanael at the Bukom Boxing Arena in a bout which is expected to headline a Fight Ready in collaboration with Bronx Boxing Promotions.

In an interview with the Graphic Sports, Laryea said he was ready to win convincingly against Nathaneal to enter into the world ratings.

“I am not bothered about what people say because no matter what they will talk,” said Laryea. “The most important thing is to win convincingly by either a knockout or a decision.

“This is an opportunity I cannot miss and having won the national title, my team decided to provide me with this offer and I will do everything to grab it.”

The 21-year-old Ghanaian fighter has been training feverishly at the Bronx Boxing Club in Jamestown under the renowned Lawrence Carl Lokko who discovered him at a very tender age.

Laryea, who has eight wins and a draw in nine professional bouts, believes his intensive training camp will pay off against the Namibian.

“My training camp has been very intense and I believe it will definitely pay off against Natahaneal come July 30. I am ready for anything he plans to come out with in the ring,” he said.