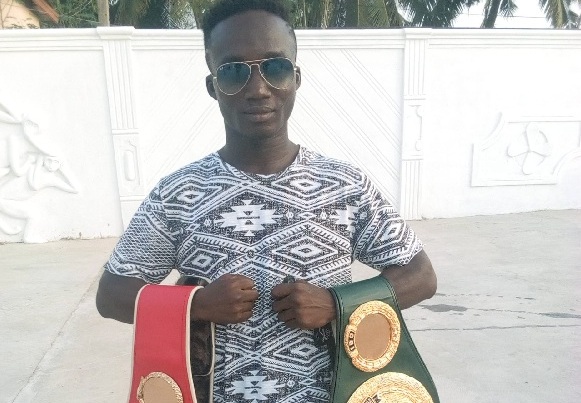 Ghana’s bantamweight contender, Manyo Plange, believes the time is ripe for him to realise his dream of becoming a world champion as he awaits an opponent for the World Boxing Association (WBA) belt.

Plange, who has been training feverishly at the Fit Square Gym in Accra, is determined to face any opponent in his bid to enrol on the list of the nation’s world titlists.

The 32-year-old Olympian ended last year in the top two of the WBA bantamweight ratings and has been contacted to commence preparations towards a world title shot in the coming months.

Plange is, however, unsure whether he will be challenging either the WBA champion, Guillermo Rigondeaux or topmost-rated Gary Antonio Russel but is looking forward to a showdown with both fighters.

In a chat with the Graphic Sports, Manyo said he had begun preparations towards the fight and was getting ready to go past anyone who tried to stand in his bid to become a champion.

“This is the time for me to fight for the world championship. It is something I have been longing for all these years and I believe I have really fought hard to get to where I am now.

“I don’t think anyone can stand in my way because I am very determined to ensure this opportunity will not pass me by,” he stated.

He managed a fourth round stoppage victory over Kareem last January before earning a unanimous decision win over Kabore in December.